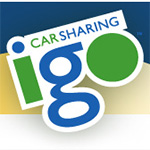 While Evanston has been beaten to the punch on the concept by Cook County, City Manager Wally Bobkiewicz says he's looking at arrangements for a car-sharing service for city city workers to help trim costs.

County Board President Toni Preckwinkle Wednesday announce the launch of a car-sharing program she says should save the county more than $250,000 in vehicle costs and travel reimbursments during its first year along with promoting energy efficiency.

The county program involves creating a set of county-owned shared fleet vehicles that employees can book on a daily basis and an option for using part-day rentals from the commercial service Zipcar that has more than 500 vehicles across the Chicago area.

Preckwinkle says the new plan will cut the number of county-owned vehicles, increase the number of cars available to employees and cut the money spent for mileage reimbursement.

The nationwide Zipcar service was recently acquired by the Avis Budget car rental firm for $491 million.

Bobkiewicz says Evanston has been talking to the local non-profit I-Go Car Sharing service for several months about options "including locating their cars at city facilities for employee and public use."

In addition, Bobkiewicz says, "We are talking about using their fleet management system to operate some of our owned vehicles as our own pool."

Bobkiewicz says he hopes to have a proposal for the new service ready to present to City Council this spring.

The city now spends about $3.5 million a year to acquire new fleet vehicles and nearly $4 million on maintenance costs. That's about 3 percent of the city's total annual spending.