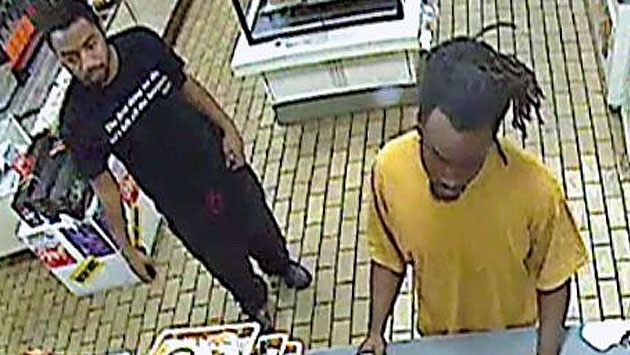 Evanston police say a credit card taken in Sunday morning's armed robbery of three Northwestern students on Pratt Court was used shortly after the holdup at a convenience store in Skokie.

The men, shown in the image above captured on a store surveillance camera, approached the register, and one paid for his purchase using the credit card taken in the robbery.

The two then drove off from the store and are not in custody at this time.

Evanston police are continuing to investigate the robbery and anyone with information about it is asked to call the detective bureau at 847-866-5040.