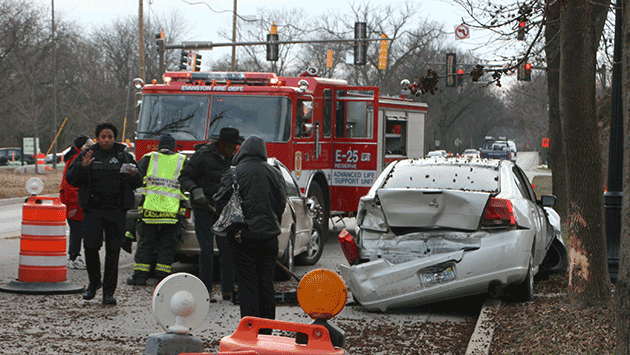 One person was taken to Evanston Hospital after a traffic accident on McCormick Boulevard just north of Bridge Street about 2:20 this afternoon.

Evanston Police Cmdr Jay Parrott says the driver of one of the cars got out of his vehicle and then apparently fainted. He was taken to the hospital.

The accident happened near where traffic is being rerouted for the Bridge Street bridge repair project.

From fresh marks on the bark of a tree at the accident scene, it appeared that one of the cars had struck it.

Parrott said officers were still investigating the crash and details of how it happened weren't yet available.

Southbound traffic on McCormick was being rerouted onto side streets in the area of the accident.