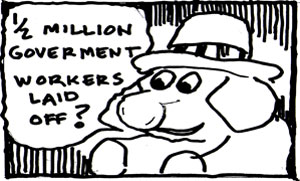 Cartoonist Junad Rizki has been stunned by last week's announcement by the government of Cuba that it plans to lay off 10 percent of all government workers.

On the communist island about 85 percent of all workers are on the government payroll.

And Rizki imagines his piggy symbol of government waste, Ponzi, taking a trip to the island nation. 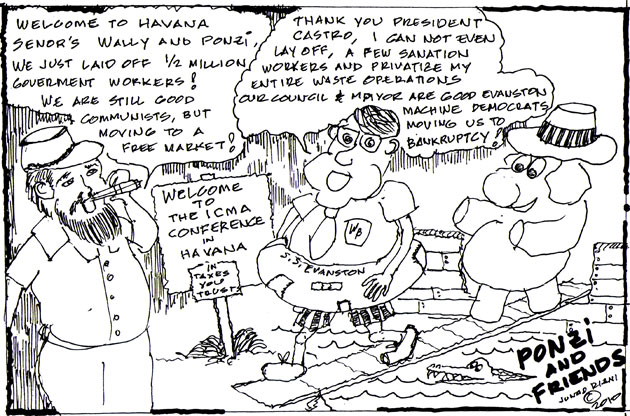 Editor's note: This year the City of Evanston reduced its full-time-equivalent workforce by about 5 percent — from 842 to 798 workers.