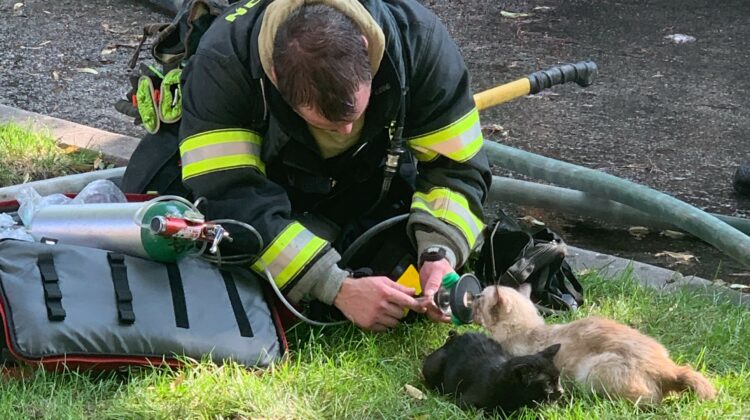 A firefighter offers oxygen to one of the rescued felines. (Kate Hunt photos)

Fire struck a home at 1320 Dewey Ave. in Evanston this morning, and firefighters managed to rescue several cats from the burning structure. 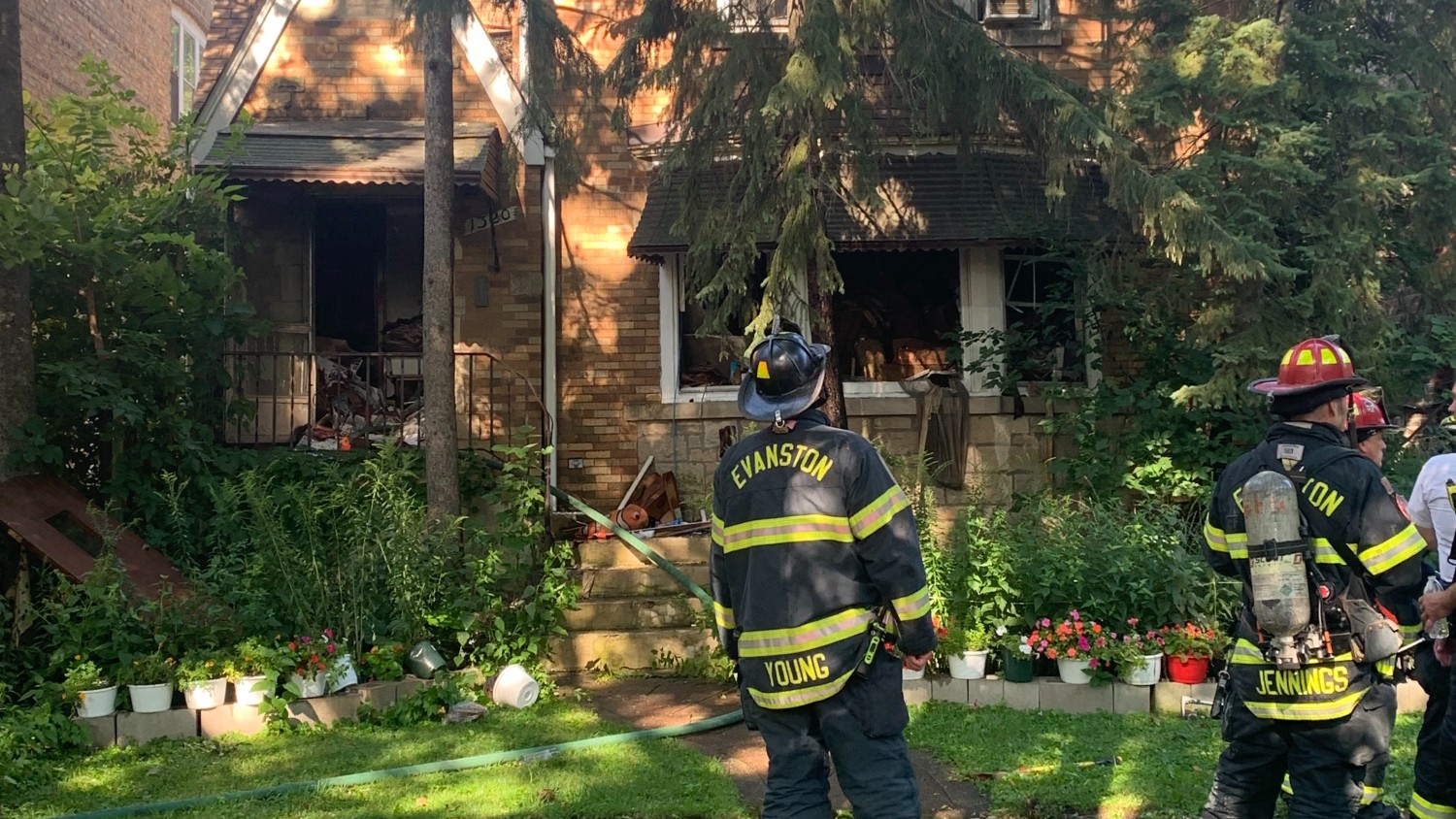 Traffic was blocked on Dempster Street for part of the morning by fire equipment used to battle the blaze.

Kull says residents of the home were able to exit the building without injury, but one firefighter is being treated at a local hospital for a minor injury.