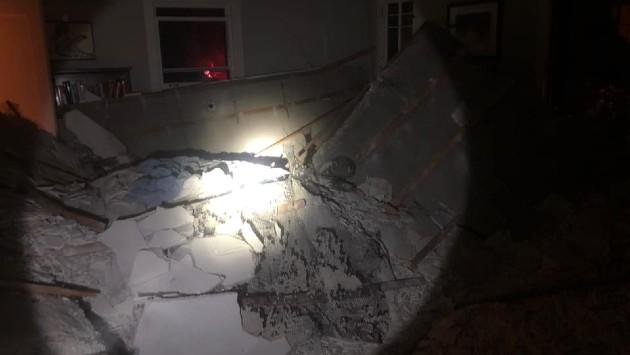 Evanston firefighters rescued a couple on Forest Avenue overnight after their bedroom ceiling collapsed, trapping them on their bed.

Jeffery Linder posted on Twitter after the incident that his wife, Debbie, was pinned in the middle of the bed but he was able to move to a pocket on the far side of the bed and then to their bathroom door before firefighters managed to cut her free.

The plaster gave way, leaving only the wooden lath attached to the ceiling. (EPD photo)

The incident at the home at 645 Forest Ave. happened around 2 a.m. Fire officials say there were no serious injuries.