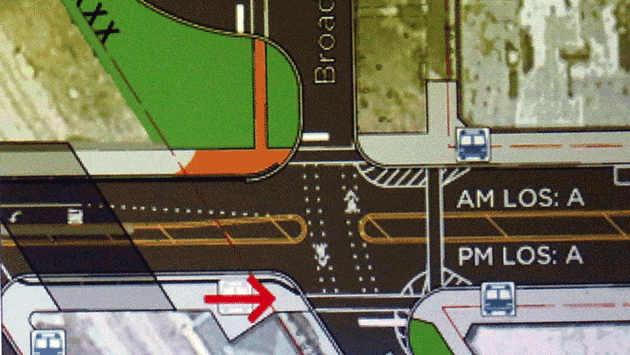 City officials told residents at a Green Bay Road and Central Street planning session Thursday night that some initial improvements could happen this year, but most of the project work won't be done until 2018.

At the meeting in the Parasol Room at the Civic Center, City Engineer Sat Nagar said 55 percent of residents voting in an online poll had favored a plan to redirect Poplar Avenue into Broadway Avenue before it intersects with Central Street, while 45 percent said they favored a cul-de-sac that would cut off Poplar's access to Central. 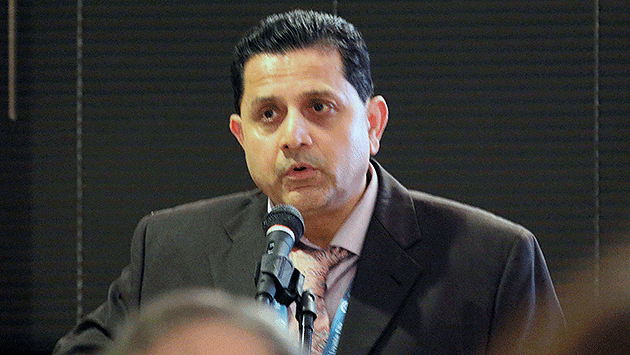 The current five-way intersection is seen by many residents as particularly risky for pedestrians. Clint Ferguson of the city consulting firm Infrastructure Engineering called it a "very confusing" intersection with 100 ways for drivers to hit somebody or something.

But some residents, including Carl Bova of 1322 Roasalee St., voiced doubts that the redesign would work.

Bova said that because the planned striping on the road would limit westbound traffic to a single lane until it was almost under the Metra viaduct "traffic will back up for more than it does now."

Bova said any long-term solution would require replacement of the viaduct. But Nagar, noting that the viaduct is owned by the Union Pacific Railroad, said the city doesn't have the funds for a replacement. 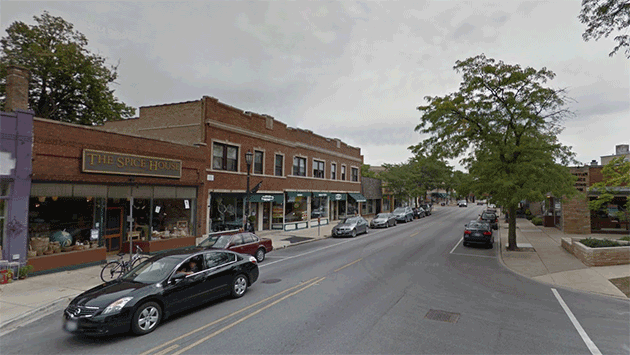 Central Street looking east from the western leg of Prairie Avenue, in a Google Maps image.

City officials hope to complete a pilot project this year along Central Street between the east and west legs of Prairie Avenue to test many of the streetscape features they hope to include in the larger plan.

The pilot project would replace some crumbling vaults under sidewalks as well as the sidewalks and include new landscaping features.

They've concluded that the current configuration of two northbound and two soutbound lanes plus a left turn lane needs to be maintained at Central Street because of the amount of traffic there. 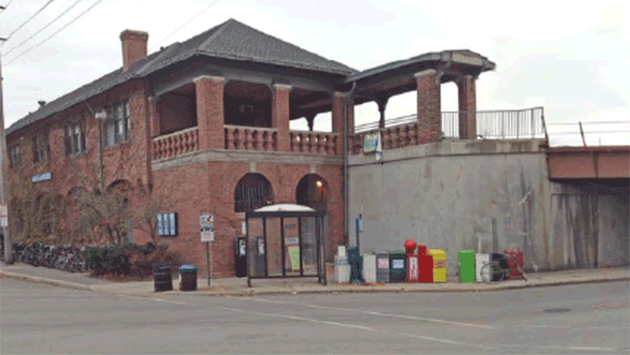 The project also envisions a range of potential improvements to the area around the Metra station — including covering the concrete retaining wall with either white subway tile or red brick matching that used on the station and repainting the bridge structure in the Flambeau Green color used by the Chicago and Northwestern Railway that originally built the station.