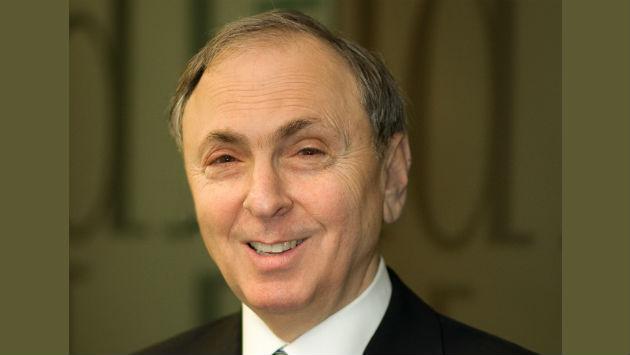 The Evanston Chamber of Commercehas named Joseph Liss, CPA, as its Businessperson of the Year.

A director at Porte Brown LLC, Liss will be honored at the Evanston Chamber’s Annual Celebration and Awards Dinner on Monday, Feb. 1.

“Throughout his career, Joe has achieved enormous success as a public accountant, financial officer, board director, and entrepreneur,” says Chamber President Michael Corr, senior vice president of commercial banking with First Bank & Trust. “But I would be remiss if I didn’t add humanitarian to that list of titles, for the critically important work he has done and continues to do for a variety of non-profit organizations.”

A longtime Evanston resident and Chicago native, Liss, 70, first discovered an interest in accounting when he switched majors from music to business at the University of Illinois at Champaign-Urbana. Accounting, he said, was the very first course he took as a business major and, "it just suited my personality to a T, how precise and regular it can be when everything works the way it's supposed to."

After graduating in 1968, Liss began his career at a top accounting firm; and four years later was recruited by one of his clients, KPK Corporation, where he worked as its chief financial officer and served on its board as well as the boards of KPK subsidiaries. During his tenure there, Liss oversaw the accounting and financing of more than $100,000,000 worth of real estate developments, and helped the company expand its operations and acquire subsidiaries.

When the company was sold in 1978, Liss left KPK and opened his own public accounting practice, Joseph M. Liss, PC.

Over the next couple decades, he embarked upon several mergers before joining Evanston accountants Scott Kaplan and Paul Brown to form Brown, Kaplan & Liss, LLP in 2000. The Evanston firm, founded in 1964, was a good fit for Liss who learned that he enjoyed working with individuals and small businesses more than big corporations. In 2014, Brown, Kaplan & Liss was acquired by Porte Brown, LLC where Liss currently serves as a director.

Since 1978, Liss has managed a diversified practice of individuals, estates, trusts, family partnerships, non-profit entities and businesses in many industries.

In the early 2000s, Liss embarked upon what would become a nine-year-long tenure on the board for Connections for the Homeless, a non-profit organization that serves the homeless and those at risk of losing their homes.

In 2013, Liss joined the Budget, Audit and Investment Committee for the ACLU of Illinois, and in February 2015 he was recruited to serve as the board treasurer for the Chicago Innocence Project, a non-profit organization devoted to investigating wrongful convictions.

Established in 1993, the Evanston Businessperson of the Year Award is presented annually to an individual who displays remarkable abilities in her/his Evanston business, serves as an active participant and leader in Evanston Chamber activities, is a role model for demonstrating how business volunteerism can better the community and exemplifies excellence in innovation and/or entrepreneurialism.

More information about the awards dinner is available online.