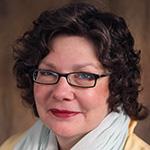 The Evanston Chamber of Commerce board has named Elaine Kemna-Irish as the chamber’s new executive director.

Kemna-Irish has worked for the chamber since 2007 and has served as director of chamber operations the last two years.

Steve Hagerty, a former board president, said in a statement, “Elaine embodies the traits all business owners and organizations look for in employees – commitment, perseverance, adaptability, competence, passion, and creativity.”

Before joining the chamber, Kemna-Irish worked as the marketing manager and executive secretary to the president of SPEX, one of the Chicago area's leading optical retailers.

She also held positions at United Eye Care Providers, the Chicago Council on Foreign Relations,
and the International Visitors Center.

Chamber President Dick Peach said, “Elaine is someone who has worked tirelessly on behalf of Evanston businesses the last several years and who embodies through her own life story the ability to consistently exceed expectations, adapt to changing circumstances, and never lose confidence in her own abilities or the importance of what she is doing.”

Kemna-Irish said she looks forward to working with the "diverse, dynamic and engaged" business community in Evanston.

She is married to John Irish. Her daughter, Stephanie graduated from ETHS in 2008.

In addition to her professional endeavors, she has been active in The Woman’s Club of Evanston, Connections for the Homeless, Evanston School Children Clothing Association, and the Deacon’s Closet of the First Presbyterian Church of Evanston.

Kemna-Irish replaces Eve Doi who left the chamber in May 2012.