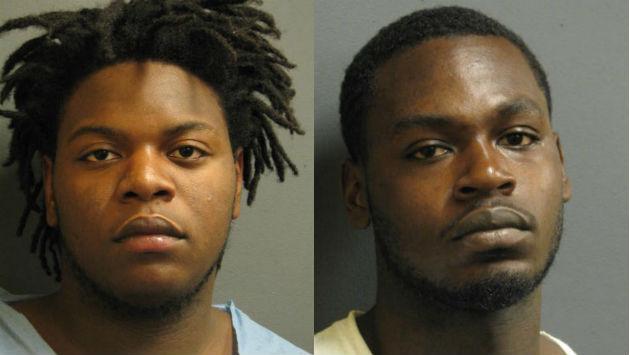 Charges now have been filed against three suspects arrested Tuesday evening for allegedly trying to force an Evanston woman to withdraw money from a bank ATM machine.

Evanston Police say Trenton Norwood, 19, of 1202 Sherman Ave. in Evanston, was the armed man who wrapped a towel around his face as he forced the 41-year-old victim to withdraw money from the machine. He has been charged with one count of armed robbery and one count of unlawful use of a weapon.

Keith Richardson, 20, of 744 Dobson St. in Evanston, police say, was waiting by a stolen getaway car in the Bank of America branch parking lot at 1336 Chicago Ave., fled when police arrived and was apprehended at the Dempster Street CTA station. He's been charged with armed robbery.

Police say the other person by the getaway car, a 17-year-old Chicago youth, who ran from the parking lot and was captured on a roof in the 1300 block of Sherman Avenue, was charged with attempted armed robbery.