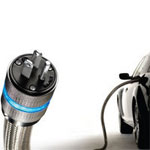 SPRINGFIELD — The number of electric vehicle quick-charging stations in the Chicagoland area alone? 26. The number of vehicles registered with the Illinois Secretary of State that can use those stations? 18.

SPRINGFIELD — The number of electric vehicle quick-charging stations in the Chicagoland area alone? 26. The number of vehicles registered with the Illinois Secretary of State that can use those stations? 18.

And that gap could grow.

Gov. Pat Quinn and Chicago Mayor Rahm Emmanuel announced late in March that Los Angeles-based 350Green, which had installed the 26 stations, will set up another 47 quick-charge stations by the start of 2013, bringing the total to 73. The firm develops networks in major cities nationwide and worldwide.

Illinois and the City of Chicago will put up $1.9 million in addition to 350Green's $6.9 million investment to install quick-charge stations and other, slower charging stations in high traffic and densely populated areas of Chicagoland.

Now only Nissan LEAF and Mitsubishi i electric cars can use the quick-charge stations. Currently four Nissan LEAFs and 14 Mitsubishi i's are registered with the Illinois Secretary of State, according to records obtained by Illinois Statehouse News through the Freedom of Information Act.

Few models of cars can use the quick-charge stations, which charge cars in about 30 minutes, because domestic electric vehicles lack a standard for quick charging, though that is set to change this summer.

For now, the other 269 electric vehicles registered with the Secretary of State, such as the Chevrolet Volt, must use the slower charging stations, which can take several hours to deliver full charge.

All vehicles that don a standard license plate must register with the Secretary of State.

"It's hard to get a real sense of the number because of that," Heineman said.

Heineman estimated that about 600 electric vehicles are on the road in Illinois.

The state earmarked up to $10 million for electric vehicle infrastructure from the 2009 Illinois Jobs Now! capital program.

Also, homeowners, business owners, cities and community colleges are eligible for grants through the Illinois Department of Commerce and Economic Opportunity that will cover 50 percent of the cost of installing charging stations, Heineman said.

Grants also will be given retroactively to anyone who has installed a charging station for 50 percent of the installation costs.

The filing deadline for the first round of grants is June 15.

Heineman said another round of grants is planned, and that will be paid for through the capital program.

Illinoisans also can get up to $11,500 in federal and state rebates for buying an electric vehicle.

Tad DeHaven, a budget analysis for the CATO Institute, a libertarian think tank, said the government shouldn't be investing in or propping up technology that has yet to develop a mass appeal.

"At this point it's basically politicians throwing a bunch of money at the wall and hoping something sticks," DeHaven said.

DeHaven said that eventually the demand for electric vehicles will grow to such an extent that the private sector can support their infrastructure, but the government shouldn't be accelerating that timeline artificially.

"It is the hope that our charging stations in highly visible locations will spur activity from consumers," David Goodridge, vice president of infrastructure for 350Green, said.

Drivers wanting to use the quick-charge stations will have to buy minutes from 350Green, which will be put on a card similar to a debit or credit card. Consumers will get three 15-minute charges for $21.

Beckett is a board member for the Electric Auto Association, a nonprofit that promotes the use of electric vehicles.

"Having owned an electric car since 1994, it's great to see public charging stations, but I have never felt that I was lacking the ability to charge," Beckett, who lives in what is arguably the epicenter of the electric car movement, Palo Alto, Calif., said. "I could always find a plug … Sometimes it was a house. Sometimes it was a business."