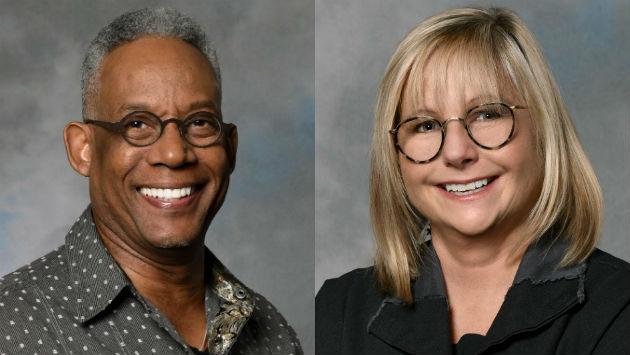 The Chessmen Club will present community service awards to Tim Rhoze and Ann Balusek at a benefit event March 17 marking the group’s 60th year of operation.

The Chessmen Club of the North Shore, Inc was founded in 1958 by William Logan and Andrew “Andy” Rodez to help the community they patrolled as Evanston police officers. Since then the club has provided over $500,000 in scholarships, has provided meals to over 50,000 people and has taken health education to hundreds of local residents.

“We are so proud to be celebrating our 60th year,” said Chessmen President George Dotson.  “Our club has been blessed by the support of so many who agree with our mission  Now more than ever, we feel a commitment to building strong leaders in the black community.”

Dotson says the club is working to create a $1 million fund to ensure the stability of its scholarship program.

Two years ago, the Chessmen were able to extend their one-year scholarships into renewable four-year awards and are now working to ensure continued growth for the program. Money raised at the annual gala supports the scholarship fund, the hunger fund and other community outreach initiatives.

Philanthropist Ann Balusek has made an invaluable impact on Evanston and the black community, Dotson says. Through her family’s Mammel Foundation, which funds the Evanston Community Foundation’s Root2Fruit Grant, Ann has given over $1.5 million to local organizations.

She has been engaged in the work of the YWCA Evanston/North Shore and the Evanston Art Center where she was the founding donor who inspired the Evanston Women’s History Project. Ann is also involved in the Iraqi Mutual Aid Society in Chicago and is co-chair of the President’s Circle at the Chicago Botanic Garden.

Tim Rhoze is an actor, producer, writer and director who has brought African American-inspired storytelling to life in Evanston.

He has been the producing artistic director of the Fleetwood-Jourdain Theatre since 2010, directing over twenty productions, and wrote and directed the FJT world premieres of “Why Not Me? A Sammy Davis Jr. Story,” and “Maya’s Last Poem.”

He has performed in numerous productions at the Goodman Theatre, Victory Gardens and Steppenwolf Theatre Company, and on Broadway.

His voice can be heard on numerous national voice-over campaigns including McDonald’s, Budweiser and Ford Motor Company and he has been seen in TV shows including The Practice, Becker, Friends and Grey’s Anatomy.

The Chessmen event will be held at the Hilton Orrington Hotel, 1710 Orrington Ave.