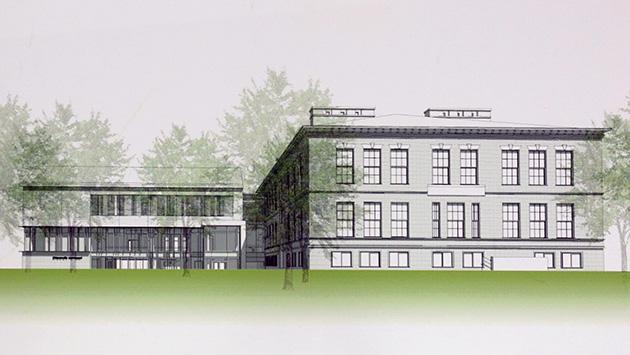 An Evanston review panel decided there were too many loose ends left to give final approval today to a planned addition to the Chiaravalle Montessori School.

The school, which four years ago bought from the city the century-old former public school building designed by famed architect Daniel Burnham, wants to replace a 1960s addition to the building with a new LEED-platinum structure on essentially the same footprint. 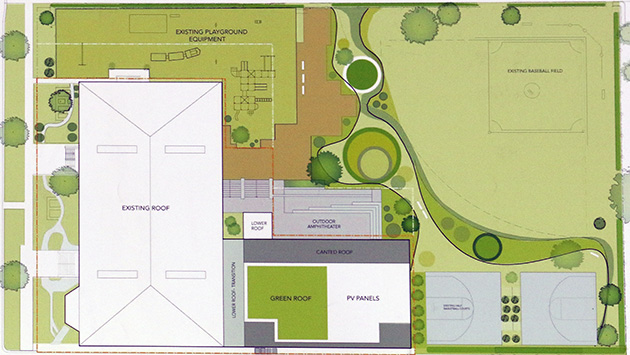 A site plan for the project. The red line shows the boundary of the lot, which adjoins a city park.

The project involves a variety of lot-line variances, because, when the city sold the land to the school, it kept title to essentially all the land around the building itself for use as a public park. 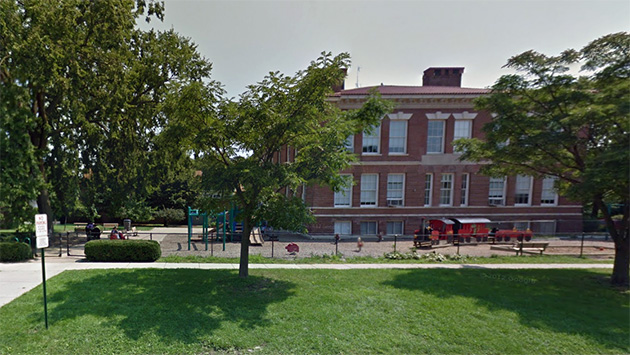 A Google Maps image of the school, showing the Burnham building on the right, and barely visible behind the trees, the existing addition on the left.

The addition would replace the existing gymnasium with a new gym and multi-purpose classrooms. 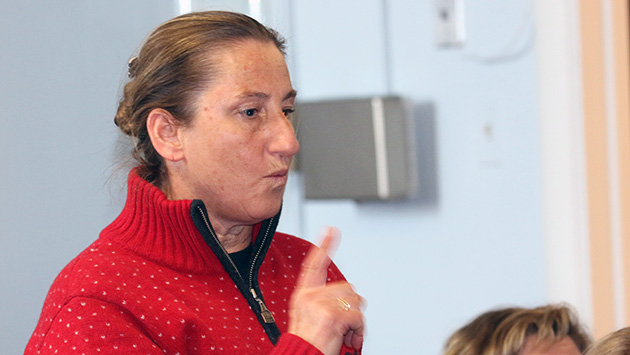 Although the project has already been reviewed and approved by the city's Preservation Commission, one resident, Linda Damashek of 1318 Judson Ave., questionned the choice of surface materials for the alley side of the structure.