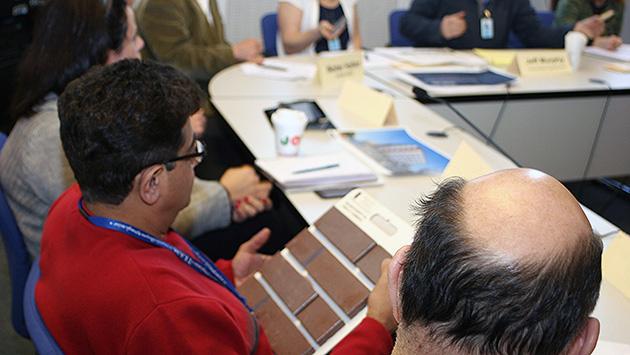 Plans for a new 97-foot tall mixed-use building on the southeast corner of Main Street and Chicago Avenue are heading to Evanston's Plan Commission after winning approval from a city staff panel Wednesday.

The project, originally envisioned as a retail and office development, morphed into a primarily residential rental project with one floor of offices and some ground-level retail after the developers were unable to find enough tenants for all the proposed office space.

At Wednesday's Site Plan and Appearance Review Committee meeting the committee approved a compromise solution for access to parking for the retail tenants.

At a meeting last month city staff had argued that all access to the parking should be from the alley behind the building. 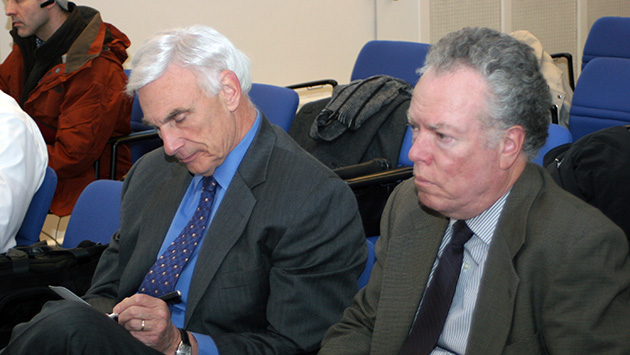 But the developers, after conferring with brokers they'd hired to lease the retail space, argued that they wouldn't be able to get the desirable national fast casual restaurant chain tenants they wanted if there wasn't at least some access to the parking from Chicago Avenue.

Under the compromise solution, instead of being able to enter and leave the parking area from Chicago Avenue, drivers would have to enter from the alley, but would be able to exit onto Chicago Avenue, but only if they were turning right.

The committee also reviews samples of brick, stone and glass materials planned for use on the building. 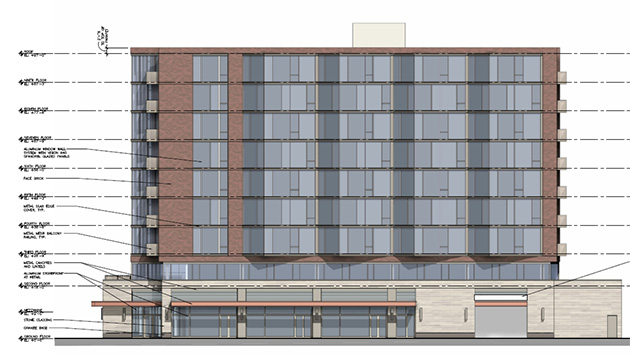 A rendering of the Chicago Avenue face of the building presented to the committee Wednesday.

The Plan Commission will have to review several planned development allowances sought for the project.

It also provides only 104 parking spaces, compared to the 216 normally required.

The developers have argued that because the project is adjacent to both CTA and Metra stations, that most tenants won't need parking spaces.

The project is expected to be on the Plan Commission's Feb. 12 agenda.