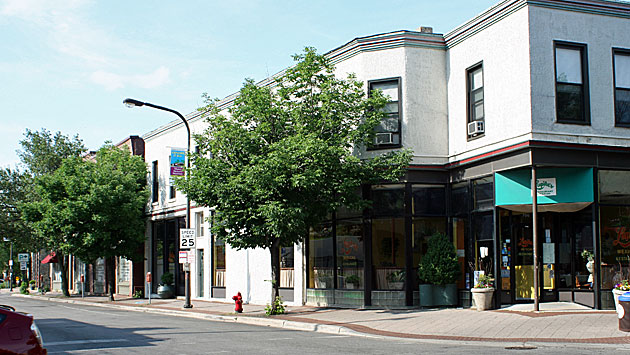 Plans for a tax increment financing district for the Chicago-Main shopping district were pulled from the Evanston City Council's agenda Monday night after merchants suggested its boundaries may be too narrow.

Alderman Melissa Wynne, whose 3rd Ward includes part of the proposed district, said in meetings with merchants in recent days she'd learned of other needs in the neighborhood that would fall outside the TIF boundaries proposed by city staff.

Wynne said the discussions were still very preliminary, but that merchants had suggested a need to revitalize parts of the shopping district that were outside the planned TIF boundaries — including shops on Custer Avenue south of the alley south of Main Street.

She said there was also talk of possibly including property on the north side of Main Street between Sherman Avenue and Custer Street. Only property on the south side of that block was in the original TIF proposa.

And Wynne said the merchants were concerned about doing more to improve city-owned parking lots in the area, and the alley south of Main used to access some of that parking.

Wynne said that rather than go forward with the existing plan and try to amend it on the City Council floor, city staff had concluded it made more sense to withdraw it and bring a revised version back for consideration at a future meeting.

Top: A revised TIF plan may stretch further down Custer Avenue from its intersection with Main Street.

Another Evanston TIF, another $20 million budget