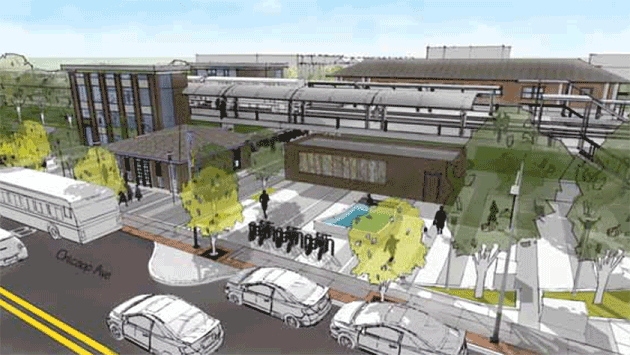 The plan considers a variety of near-term and long-range strategies for improving access to and the environment around the CTA and Metra stations at Chicago Avenue and Main Street.

Among other things, as a long-range concept it envisions adding new stairway and elevator access to the elevated CTA platform (shown at left in the rendering above) while preserving the existing 1908 CTA station house and excavating a pedestrian passageway under the viaduct to connect the CTA station with the Metra station to the west. That area might also include new space for retail uses.

The study estimates the improvements to the CTA station could cost about $35 million and assumes they would need to be financed from a variety of federal, state and local sources.

The plan also suggests a variety of more modest improvements that might be accomplished more quickly. 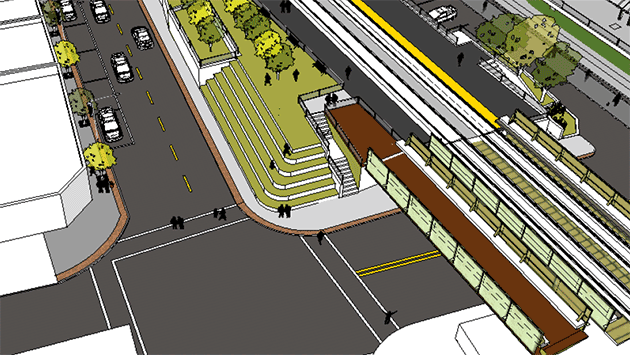 A rendering of possible improvements at Custer Avenue and Washington Street.

Those include reducing the width of Custer Avenue north of Washington Street to add a sidewalk to improve pedestrian access.

The design for that intersection also shows addition of a terraced area to the embankment on the northeast corner that might be used for spectator seating during street performances at the annual Custer Fair. 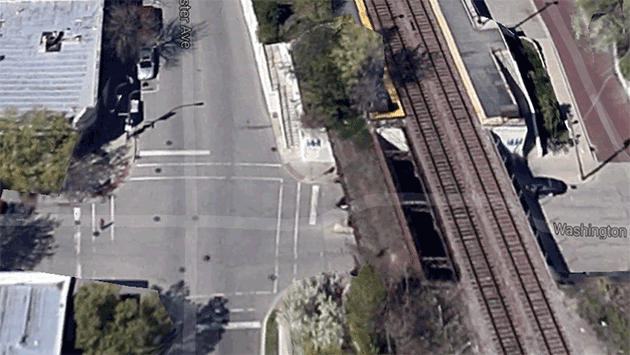 A similar view of Custer at Washington today from Google Maps. 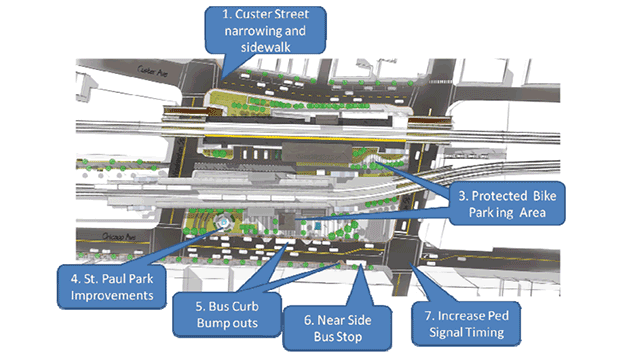 Seven potential improvements the study suggests could be accomplished in the short term. 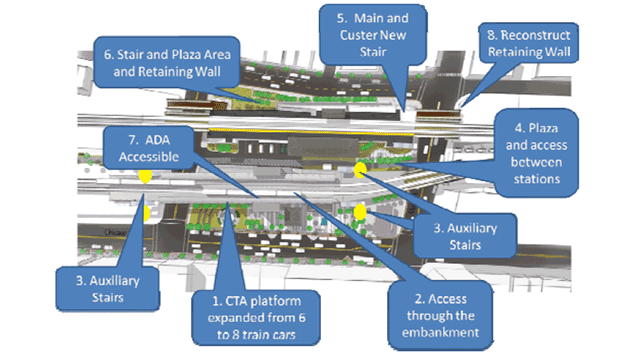 While some Plan Commission members questionned whether the potential for increased transit usage at Main Street justified the level of expenditures envisioned by the study, Commission Chair Scott Peters said the report would be useful in developing a new comprehensive plan for the city and a more detailed plan for the neighborhood.

The study, conducted for the city by the consulting firm Parsons-Brinckerhoff and funded by a Regional Transportation Authority planning grant, kicked off a year ago with the first in a series of public meetings.

The full report and related documents are available on the Main Street TOD website.