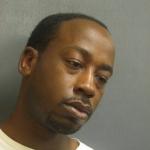 The man police arrested after a chase down Main Street in Sunday’s snow storm has been charged with a number of offenses, police said Monday.

Buford appeared at bond court Monday and was given a $250,000 bond and ordered to appear in Skokie District Court on Jan. 7 at 9 a.m. on the charges.

Police are still attempting to identify the second subject who was the driver of the vehicle that fled after the car crash, according to EPD Cmdr. Jay Parrott.

Police were responding to an armed robbery call at about 4:45 p.m. Sunday when a suspect vehicle near Main Street and Ridge Avenue led police in a chase west on Main Street, ending in a collision with other vehicles near the Robert Crown Center in the 1700 block of Main.

Buford, a passenger in the vehicle, was apprehended, but the driver fled and is still being sought, police said.

Investigators termed the incident “the result of a drug deal gone awry,” as they recovered crack cocaine from Buford and more than $1,000 in currency.

The original victim who reported the crash would not cooperate with police, Parrott reported in a news release.

There were no injuries in the crash, he added.