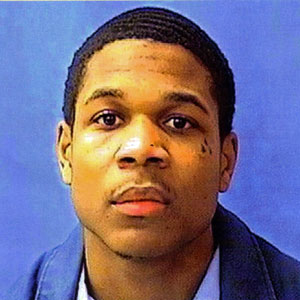 Blackburn was shot in the head while driving his cab in the 500 block of Elmwood Avenue about 2 a.m. on Sunday, May 15.

Police Cmdr. Tom Guenther say the man charged in the case, Darien Lawrence Marquez-Connerly, flagged down Blackburn's cab near Ridge Avenue and Howard Street and asked to be taken to the Elmwood Avenue address.

As they arrived there, Marquez-Connerly allegedly pulled out a .25 caliber semi-automatic handgun and, after demanding the cab driver's money, shot Blackburn in the head when he refused to turn it over and started to drive away.

The bullet, which struck Blackburn just above the left ear, disabled him, but the car continued to roll down the street striking some parked cars before finally coming to rest. The gunman then fled the scene on foot. 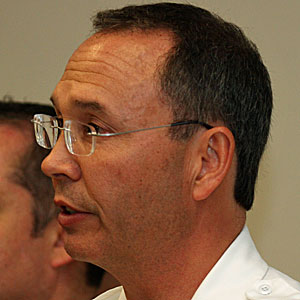 After learning Marquez-Connerly was on parole for a 2009 aggravated robbery conviction, Guenther said, police in cooperation with the state corrections department were able to locate him and take him into custody on Saturday in the 7500 block of N. Ridge Boulevard in Chicago.

Guenther says that in interviews with police Marquez-Connerly made a full statement and confessed to the murder of Blackburn.

Police say Marquez-Connerly bought the gun used in the shooting on the street and may have tried to sell it afterward.

Guenther said the police department has "an excellent relationship" with community residents and said tips, like the one received in this case are often very helpful in solving crimes. He urged residents to call police whenever they have what might be useful information.

He said cab drivers, because of the nature of their work — letting people they don't know into the back seat of their cars — have a risky job and that the department offers safety training for the drivers.

He said the last time an Evanston cab driver was killed at work was back in the 1980s.

Marquez-Connerly lives at 2005 W. Jarvis in Chicago's Rogers Park neighborhood, just over a mile from the 500 block of Elmwood. Guenther speculated that Marquez-Connerly may have intended to visit an acquaintance near where the shooting took place.

The police department's daily bulletin indicates that Marquez-Connerly was arrested on March 31 at 1715 Brown Ave. in Evanston and charged with battery.