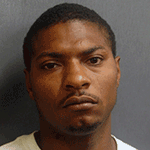 Evanton police say a Chicago man arrested in September on a charge of aggravated criminal sexual abuse was sentenced this week to seven years in prison after pleading guilty to the charge in Skokie district court.

Parrott says Moore, 22, of 1832 S. Hamlin Ave. in Chicago, was first arrested in November 2013 for having sexual relations with a family member who was a minor.

Last July, while on probation for that offense and a registered sex offender, Parrott said, Moore made contact with another underage family member.

A police investigation, Parrott said, determined that he had had sexual relations with that youth dating back several years, leading to the filing of the new charges.