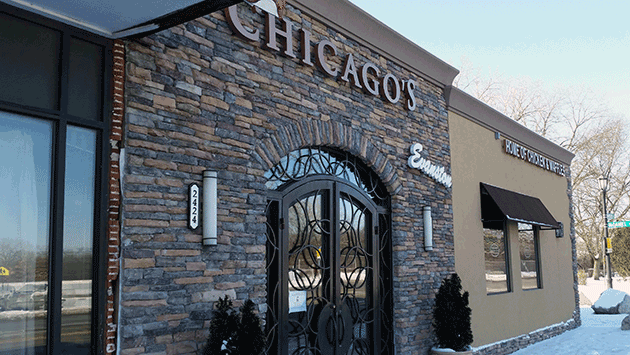 The Chicago's Home of Chicken & Waffles restaurant on Evanston's west side — which received a $200,000 loan from the city — closed this week.

But Paul Zalmezak of the city's economic development staff tells Evanston Now the restaurant's owners are now current on their loan payments to the city and have pledged to continue making the loan payments while they seek to sell the restaurant building at 2424 Dempster St. to a new operator.

Restaurant manager Darnell Johnson told the Daily Northwestern the Evanston location turned out to not be a good fit. The company continues to operate restaurants under the same name in Chicago's Bronzeville neighborhood and in Oak Park.

The building had been the site of a shuttered auto parts store and had been foreclosed on when the restaurant plan emerged in 2012. After several months of renovation work, the restaurant opened in January 2013.

But by the middle of last year the restaurant owners had fallen behind on their loan payments to the city. In January the issue came to a head when the city moved to suspend the restaurant's liquor license over the failure to make loan, liquor tax and property tax payments.

The license was restored after a hearing at which the owners promised to clear up the back payment issues.