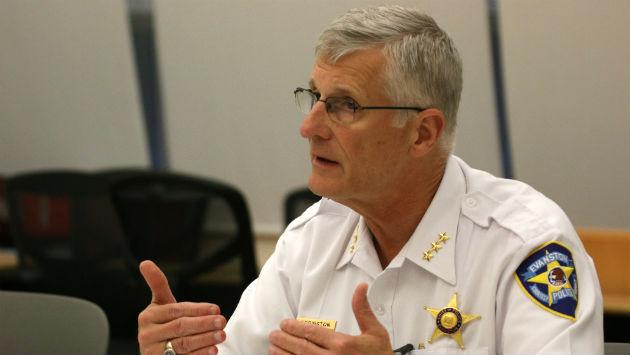 The 23-year-old man, Eddington said, is refusing to cooperate with the investigation, and, the chief says, told officers as he was being loaded into an ambulance to be taken to Evanston Hospital, "Just take the blanking bullet out, I ain't no snitch."

As a convicted felon, Eddington said, the man would have been in serious legal trouble if found in possession of a gun, and, because of a substantial delay between the shooting and when police were called to the scene, it's possible he fled from the home at 1043 Dodge Ave., ditched the gun and then returned to call 911.

Eddington said the victim did say he had been shot with a Beretta pistol, but was unable, or unwilling, to describe the two men who he said shot him.

The man was wounded in the upper right arm and his injury is not considered to be life threatening.

Eddington said that police found drug paraphernalia in open view in the basement of the home where the shooting took place and believe "he was engaged in some level of illicit activity."

Eddington said that because of the amount of clutter in the basement, "even if any part of his story is true and he was shot by somebody else," it's hard to believe that "if the bad guy's got the gun you're going to be able to get out of the basement alive."

"The house was in such disarray that it is difficult to determine whether there was a struggle," Eddington added, but he said the victim had no physical signs of a struggle, like scratch marks or torn clothes. 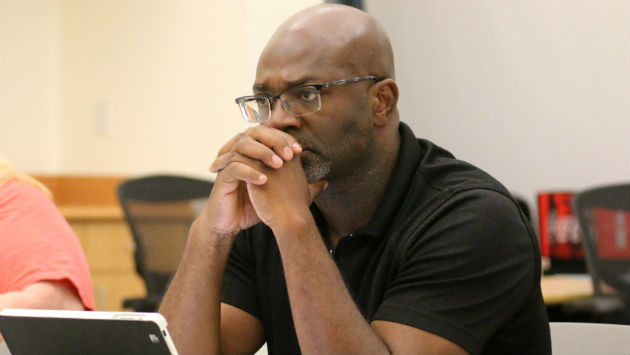 Alderman Peter Braithwaite, 2nd Ward, said the shooting "was a crime of stupidity." And he said that city officials, using the newly revised nuisance premises ordinance, would work with the property's owner — the victim's father — to get improvements made.

"This kid was hanging out in the middle of the day at his parents' house," Braithwaite said. "Something tells me this is not the first day he was hanging out doing stupid things there."