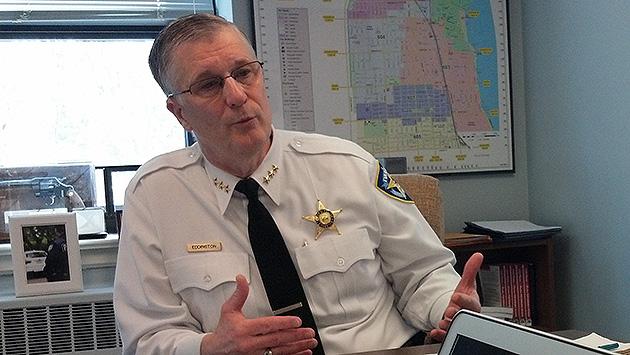 The ordinance is scheduled for a final vote by the City Council next week.

In an interview with Evanston Now, the chief said that it now requires "the trappings of an undercover operation, bringing in agents from outside the community" to conduct an investigation of alleged prostitution activities at a massage establishment. "And when all is said and done, it's a misdemeanor violation."

The new ordinance would require operators of massage establishments to obtain a $50 license from the city and provide identification information for each therapist working at the business and their state licenses.

With the new ordinance, instead of having to conduct an ongoing criminal investigation, enforcement shifts to a regulatory standard — "'Hey, have you got a license?' — like checking liquor establishments," the chief said.

That will make it much more manageable for the police department to react to complaints than under the current situation, he said.

"If you're laying hands on people, you'll need to have a state license," Eddington said, and he said he doubts that persons who have invested the time, money and effort to obtain a state license to perform massage would risk their license by engaging in prostitution activity.

Eddington said about 50 businesses offering massage services in Evanston now, and that he's received very few complaints from them about the proposed new ordinance.

Police have made at least three arrests for prostitution at businesses that advertised themselves as massage parlors in Evanston during the past five years.