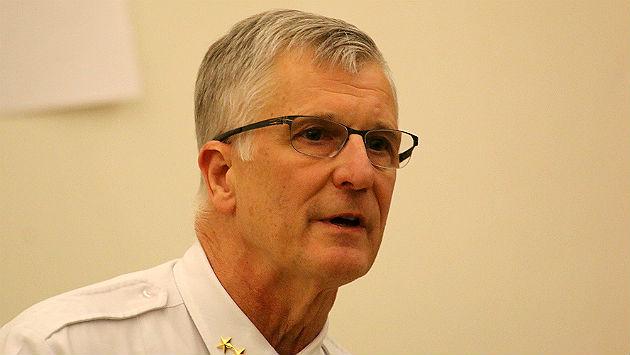 Evanston Police Chief Richard Eddington told residents at a packed community meeting at the Levy Center Monday night about several policy changes the department is implementing as a result of the Lawrence Crosby incident.

Crosby, a Northwestern University graduate student, was tackled by police after he got out of his car after pulling over for officers who believed the car had been stolen.

Eddington said the department, even before the video from the Crosby case was released earlier this month, had decided to change the way it handles felony traffic stops.

Previously, he said, officers had been trained to require a suspect who got out of a car and appeared to be moving away from them to lie prone on the ground.

Now, he said, officers are instructed to use a squad car loudspeaker to tell the person to get back into their car.

Failing that, they’re instructed to order the suspect to turn away from the officers and walk backward toward them. 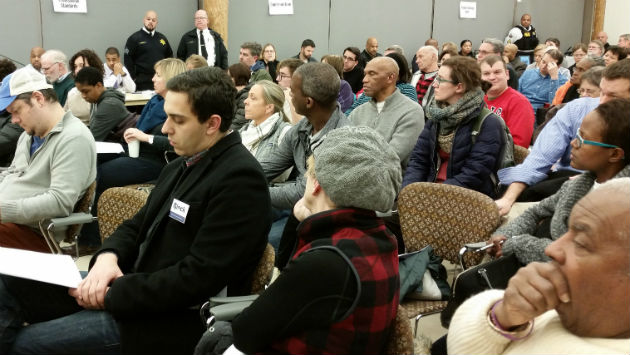 In the Crosby case, all four officers were shouting at him at once. Eddington said officers are now trained that only one of them should be issuing commands to the suspect.

Eddington said that given departmental procedures at the time, he believes the officers acted appropriately, which is why no departmental disciplinary action was taken against them.

He added that traffic stops are high-risk encounters for officers. He said two Chicago-based gangs have been stealing cars in Evanston and using them to commit other crimes in both cities. And he said officers recovered 50 guns in traffic stops last year. “This is a hazardous endeavor,” the chief said, “you need to understand that.”

Even though it turned out Crosby was driving his own car, he was charged with disobeying police, a charge that was later dismissed in court.

Eddington said that previously “the thinking was that if you laid hands on someone, there had to be an arrest.”

Until the Crosby case, he said, the practice had been to file state-level charges, but supervisors in the Crosby cased opted to file less severe local ordinance violation charges instead.

“This particular event caused us to rethink that,” Eddington said. “Part of the review undertaking has been to address these matters much more quickly,” adding that when city clerk candidate Devon Reid was arrested last fall while collecting nominating petition signatures, the city moved to drop the charges the very next day. 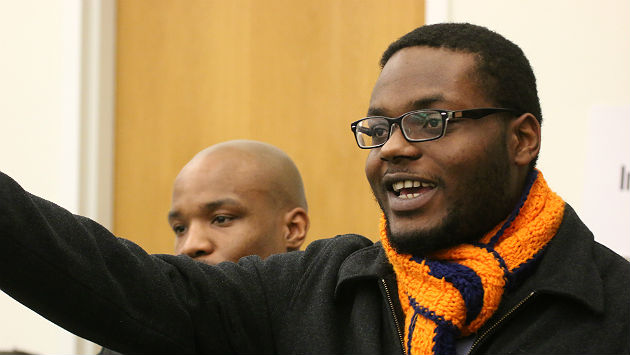 Reid, who was at the meeting, argued that charges against him were only dismissed because he had called half the aldermen in town to complain about the arrest.

In reply, Eddington said, “To assume that we can police a free and democratic society without errors being made is completely unrealistic. The issue is, if we make a mistake, how quickly can we rectify it.” 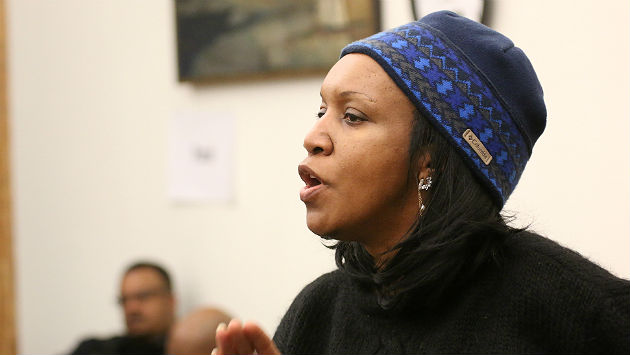 Carolyn Murray, a candidate for 5th Ward alderman, said she believed police dispatchers had put the life of the woman who called 911 to report what she thought was a car being broken into in danger by not telling her to stop following the car in her own vehicle.

Another speaker complained that what the caller said she thought was a stolen car had been relayed by a dispatcher to the officers as having definitely been stolen.

Eddington said that as a result of the incident there’s been some additional training for the telecommunicators, and more is planned.

“It would be impolitic for me to steal her thunder,” the chief said.

But he said one change is that members of the department’s Office of Professional Standards will start holding office hours at the Civic Center so that residents, who might fear retribution if they showed up at police headquarters to complain, could discuss their concerns more discretely.