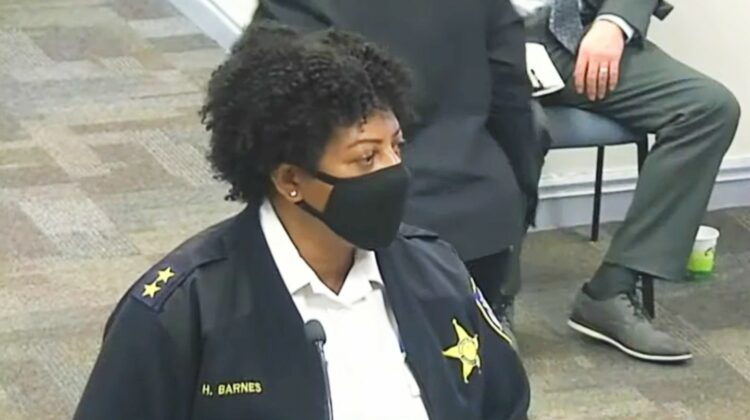 Responding to a question from Ald. Peter Braithwaite (2nd) who said he wants to make sure that the department “has the resources to make the town safe,” Barnes said that with the department down 19 officers some are being required to work double shifts.

Violent crime in the city through the end of last month has increased 47% compared to the same period last year.

In reality the data clearly shows a “correlation,” and Reid apparently was asking for proof of “causation” — that the decline in police staffing had caused the rise in crime, something that is generally impossible to establish in the absence of a controlled experiment.

The proposed 2022 city budget calls for adding back eight police department positions that had been held vacant n the 2021 budget because of the pandemic. But only three of those positions are for sworn officer. The rest are civilian employees.

Barnes said she’s working on plans internally to improve recruitment and retention in the department and efforts to stress “wellness and taking care of each other.”

Asked by council members about whether the Reimaging Public Safety Committee he chairs will have police reform proposals ready to incorporate in the 2022 budget, Mayor Daniel Biss said he’s been urging the committee’s three working groups “to be as expeditious as possible given the time frame.”

He said two of the groups are “nearing a point of making recommendations.”

One, he said, “is likely to have a budgetary impact and the other could likely free up staff time in the police department.”

But Biss said the “enormously dedicated and talented group of volunteers” on the committee all “have more than full-time other commitments” so he couldn’t be certain that their recommendations will be ready by the time the city budget is scheduled to be adopted next month.

“In the meantime,” Biss said, “we haven no choice but to move forward with the budget process.”