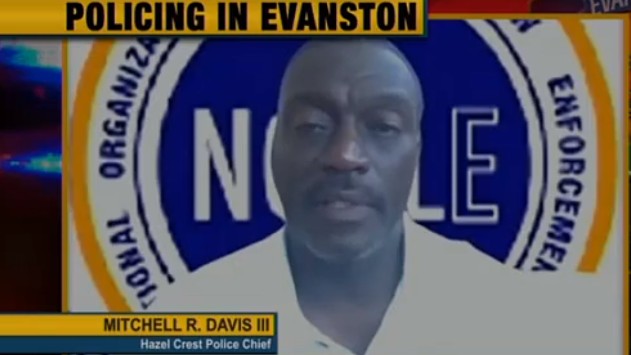 A 28-year-old Evanston woman awaiting a train Friday night was a robbery victim at the Davis Street Metra station.. This among the stories in today’s daily crime bulletin from Evanston police.

A 28-year-old Evanston woman who said she was awaiting the 10:35 p.m. train at the Davis Street Metra station Friday night was approached by a man who robbed her of cash and other personal property.

A 2011 Hyundai and a 2012 GMC vehicle were damaged by fire just before midnight on Wednesday in the 1100 block of Fowler Avenue.

A purse, tools, and clothing were among items taken from an unlocked 2010 Honda in the 2100 block of Dobson Street between 6 p.m. Saturday and 12:50 p.m. yesterday.

A wallet, cash, photo IDs, and credit cards were among items taken from an unlocked 2019 Dodge at 215 Lake St. between noon and 6 p.m. Thursday.

Miscellaneous items were taken from a room at the Hilton Orrington Hotel around 1:15 p.m. Friday.

South Korean currency and clothing were taken from an apartment in the 1100 block of Garnett Place between March 30 and 10:30 p.m. Friday.

An unlocked door provided access to an apartment in the 2200 block of Ridge Avenue for a burglar who stole credit and debit cards between 7 p.m. and 9 p.m. Friday.

A laptop computer was taken from an unlocked 2015 Lincoln in the 1200 block of Mulford Street around 4:45 p.m. yesterday.

Someone damaged a Black Lives Matter sign in the yard of a home in the 1300 block of South Boulevard between noon Wednesday and 8 a.m. Thursday.

Someone broke glasses at a home in the 2100 block of Church Street around 6 p.m.Wednesday.

A screen door to an apartment in the 1800 block of Dodge Avenue was damaged around 8:30 p.m. Thursday.

Quinn Madsen Cahill, 22, of 1222 Lee St., was arrested at Greenleaf Street and Dodge Avenue at 9:25 a.m. Wednesday and charged with possession of cannabis.

Graffiti was discovered in the street at South Boulevard and Michigan Avenue at 5:13 p.m. Thursday.

Graffiti was discovered in front of the Evanston police headquarters at about 2 p.m. yesterday.

Graffiti was discovered in front of Evanston Township High School at 6 a.m. Saturday.

Graffiti was discovered at the Fleetwood-Jourdain Community Center at 3:30 a.m. today.

Graffiti was discovered in a medical office at the Amita Health Saint Francis Hospital at 9:36 p.m. Saturday.

Gunshots were reported at Monroe Street and Dodge Avenue at 9:19 p.m. Wednesday. Police checked the area but found nothing.

Gunshots were reported near Michigan Avenue and South Boulevard at 11:03 p.m. Friday. Police checked the area but found nothing.

Alcoholic products were stolen from a gas station in the 2400 block of Oakton Street at 10:49 p.m. Thursday.

Merchandise was taken by a shoplifter at Walgreen’s Pharmacy in the 600 block of Chicago Avenue at 7:32 p.m. Wednesday.

A secured bicycle seat was stolen at Main Street and Sheridan Road between 8:43 a.m. and 3 p.m. Thursday.

Grocery items were stolen from the Whole Foods Store in the 1600 block of Chicago Avernue around 5:20 p.m. Friday.

A bicycle secured to a bike rack was stolen in the 1600 block of Sherman Avenue around 4:20 p.m. Saturday.

A Trek bicycle that was locked to a bike rack in the 800 block of Emerson Street was stolen at about 2 p.m. Tuesday.

A package containing a laptop computer and clothing that had been delivered to a home in the 1100 block of Leonard Place was stolen shortly after midnight Saturday.

An unsecured bicycle that was in a parking lot in the 1600 block of Emerson Street was stolen at about 7:20 p.m. Friday.

An unsecured bicycle in a business parking lot in the 1800 block of Church Street was stolen between 7:10 p.m. and midnight on Friday.

A package of miscellaneous merchandise that had been delivered to an apartment common area in the 100 block of Callan Avenue was stolen between 8 p.m. Thursday and 12:16 a.m. Friday.