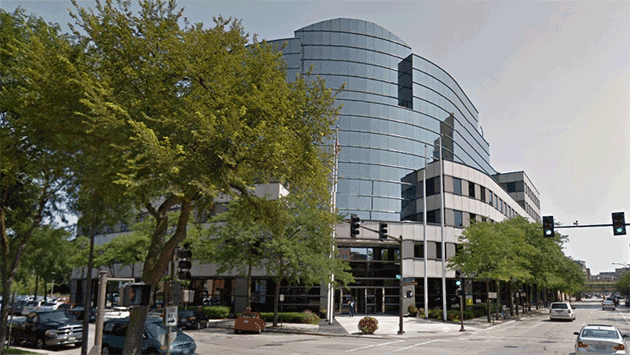 The purchase also includes a large parking lot fronting Oak Avenue behind the office building, and a company news release says its development team is evaluating that “for multiple possible uses.”

The building is now 79 percent leased, up from 52 percent when the sellers acquired it at a judicial sale in July 2014 for $9.6 million — less than half the face value of the mortgage.

The new buyer’s purchase price wasn’t disclosed, but the sellers were asking $29 million when they put it on the market last July.

Stonewater’s Andrew Schwartzman said the building is one of only a few in the Chicago suburbs “that offers superior access to mass transit, dozens of walkable amenities and abundant parking in such a vibrant environment.”