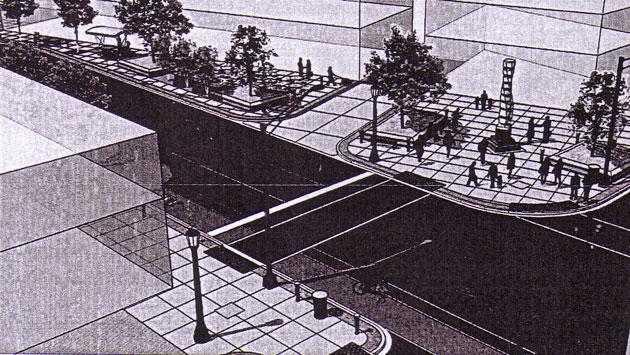 The new bike lane, on the south side of Church Street, would be complemented downtown by replacement of the worn sidewalk bricks and a redesign of the plaza at Church and Orrington.

The new bike lane would be constructed this summer and early fall as part of a larger streetscape project that also includes repaving much of the road as well as adding pedestrian lighting, sidewalk brick replacement and a new bike shelter downtown.

Public Works Director Suzette Robinson said Church from Dodge to Ashland and from Ridge to Chicago would be repaved.

The bike lane is designed to run eastbound and eventually be paired with a westbound protected bike lane that would run along Davis Street.

From Dodge to Darrow the new bike lane would be located on a wider sidewalk that would also eliminate a pull in area for a bus stop on the south side of the street.

Robinson said the plan is to move the bus stop to the west side of the intersection.

East of that, the lane would be in the street, but would be separate from automobile traffic with upright plastic markers that would be removed during the winter to avoid interfering with snow removal operations.

Bids for the western stretch of the project are to be let next month, with construction from mid-June to mid-August.

Work on the section from Ridge to Chicago avenues would begin in August and run through October.

City staff brought a sample of the planned pedestrian light fixtures to the City Council chamber and plugged it in so aldermen could see the color of the light the LED fixture casts. 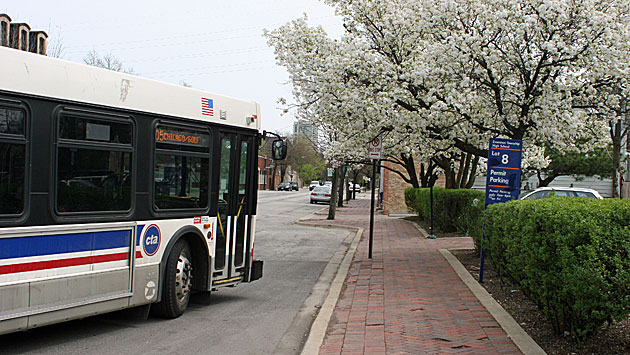 A CTA bus swings past the bus stop area on Church just east of Dodge that will be replaced with a protected bike lane under the city's plan.

Robinson said the pedestrian lights lights would be placed near the curb, in a line with existing parking meters, to avoid obstructing the pedestrian pathway.

Alderman Coleen Burrus, 9th Ward, questionned whether that was the right placement — given that the city is considering replacing parking meters with pay-and-display parking boxes. 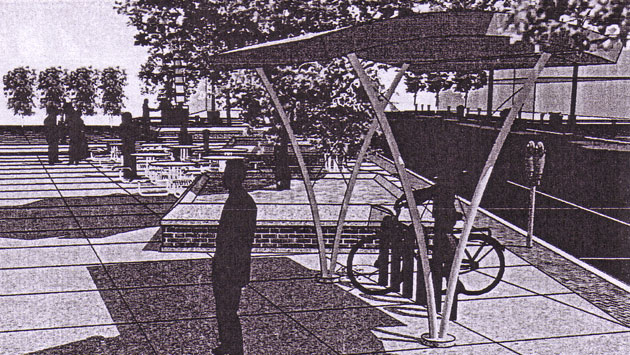 A planned bike shelter that would be located on the north side of Church Street between Sherman and Orrington Avenues, in front of Andy's Frozen Custard.

But Robinson said the parking meter replacement project wasn't far enough along to make decisions about where the new boxes would be located.

Robinson said the project also includes plans for benches in the downtown area — but that staff plan to have the benches equipped with dividers between each seat, to make them less inviting for sleeping.