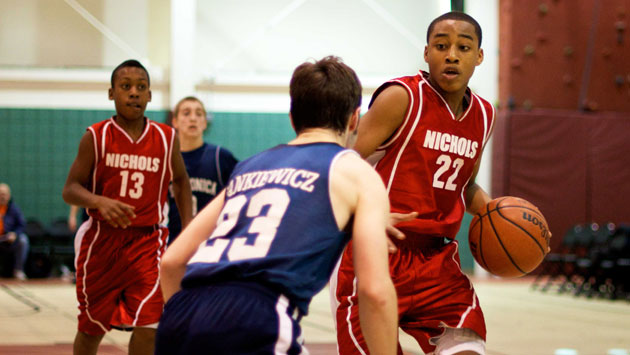 Evanston's Chute Middle School won the overall championship in an 8th grade basketball tournament over the weekend at Loyola Academy in Wilmette.

And Nichols Middle School won the consolation bracket in the tourney that featured 32 teams from Chicago area public and private schools.

Top: A Nichols player drives down court leading the school to a late-round win. 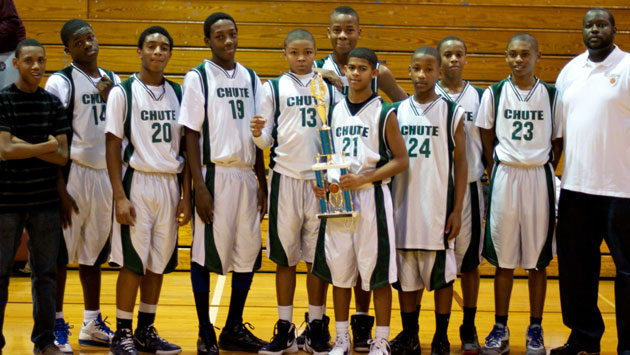 Coach Stanley Shannon joined the Chute varsity players as they show off their championship trophy. The Chute Team delivered a perfect five wins with no losses in capturing the championship crown. 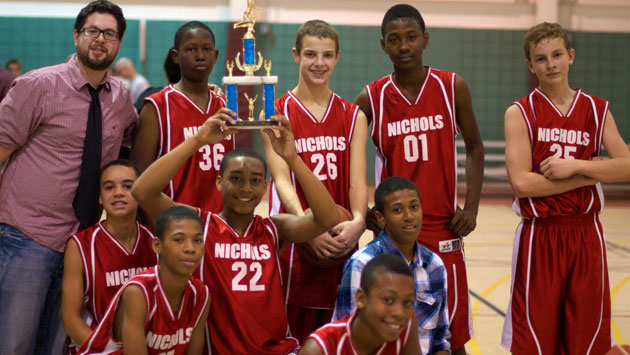 Players from the Nichols varsity team and Coach Matt Hollander show off their trophy. After a disappointing early round loss, Nichols rebounded with a perfect record in the final round.