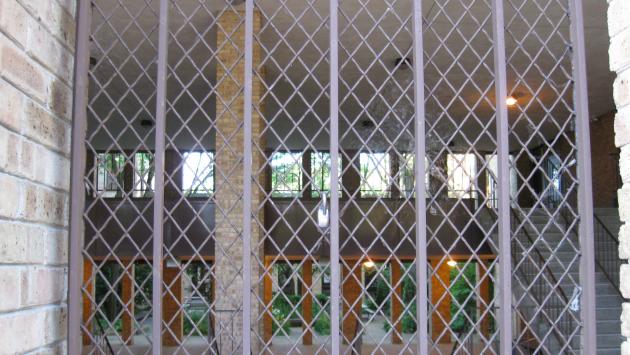 The Finance Committee of the Evanston/Skokie District 65 School Board found $1.2 million in the capital budget to eliminate the prison-like bars at Chute Middle School, but it’s not sure it can afford $300,000 to restore fine arts teachers to the operations budget for next year.

With minimal discussion, the committee Monday night recommended adding $1.2 million to create a “welcome center” at Chute that would do away with the controversial entrance gates that have been a defining feature of the building since it was erected in 1966.

But it was reluctant to reverse the administration’s recommended cuts in the fine arts staff for next year, as that may cause problems with potential deficits in later years.

In the arcane world of school finance, capital projects, such as the Chute entrance modifications, are one-time expenditures, while operating costs come back year after year. 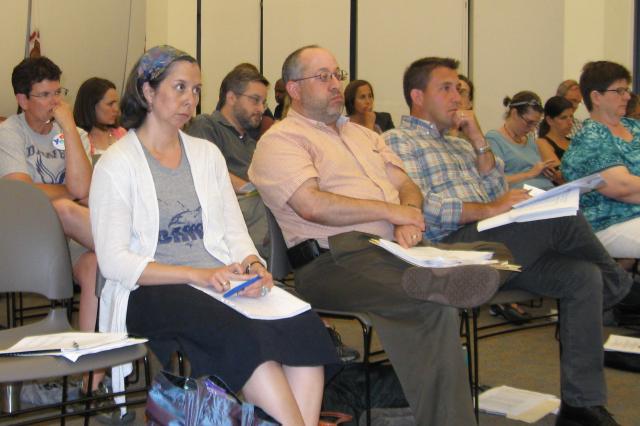 In a presentation by district comptroller Kathy Zalewski, the committee was told that the current fiscal year will end June 30 with a surplus of about $400,000. The administration’s budget for next year calls for a surplus of $207,000 and for surpluses for the following two years as well.

But the two years after that, FY2016 and 2017, the administration projects deficits of $2 million and $3 million, respectively, barring changes in budget assumptions, such as anticipated tax revenues and future expenses.

Superintendent Hardy Murphy warned, however, that such a move, while possible this year, would throw off the projections for future years.

The committee asked for revised projections, based upon the three scenarios, to be available for their consideration at the regular board meeting scheduled for next Monday.

Meanwhile, the capital budget expenditures for  additional classroom space at the other two middle schools, Haven and Nichols, and at Lincolnwood Elementary, were recommended for approval by the full board as well.

Top: The security gates at Chute Middle School that some parents find objectionable.