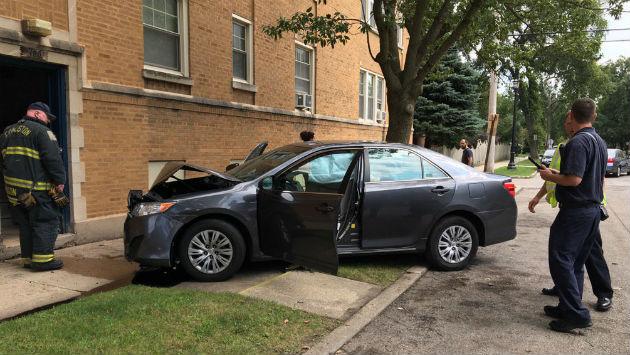 A 21-year-old Evanston woman has been issued two traffic citations after her car struck a building in the 700 block of Sherman Avenue.

He says the driver was pulling over to park when she dropped something in the car. As she reached over to the passenger side to retrieve it, Dugan says, she lost control of the car, which jumped the curb and struck the building.

She was transported by fire paramedics to St. Francis Hospital for treatment of injuries from the crash and was issued citations for failure to reduce speed to avoid an accident and for having no proof of insurance.