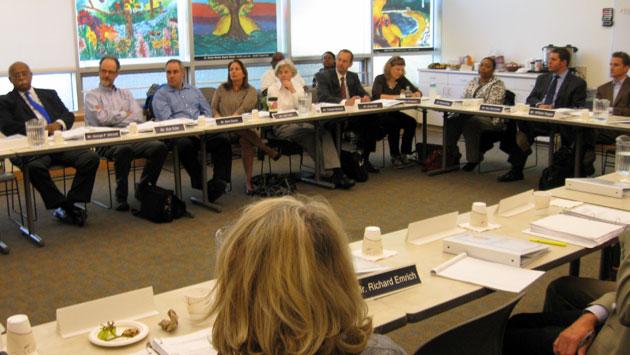 The average public school teacher in Evanston makes about $60,000 a year. Add another 30 percent for benefits, and you’re talking nearly $80,000.

The annual budget of the Evanston/Skokie School District 65 amounts to about $20,000 per student. Therefore, it takes about four students to pay a teacher’s salary.

But the average class size is about 25 students.

So, what are the other 21 students in the class, who represent a contribution of about $420,000 a year, paying for? And what can be done to put that ratio into a better balance?

That’s just one of the challenges awaiting the collective thinking of a 26-person ad hoc committee of Evanston citizens, including parents, teachers, and former school board members, appointed by Superintendent Hardy Murphy to generate ideas for the administration to avert a projected deficit in the district’s operating fund budget in the next four years.

Specifically, Murphy told the group at its first meeting Tuesday night that its charge was to develop strategies and recommendations for the next budget year (2012-2013) and to help plan for the long-term financial stability of the district.

The committee selected Mark Sloane, chief financial officer of a media management firm who was a member of the city’s budget review panel last year, as its chairman, and Richard Emrich, assistant treasurer of Northwestern University, as its vice chair. 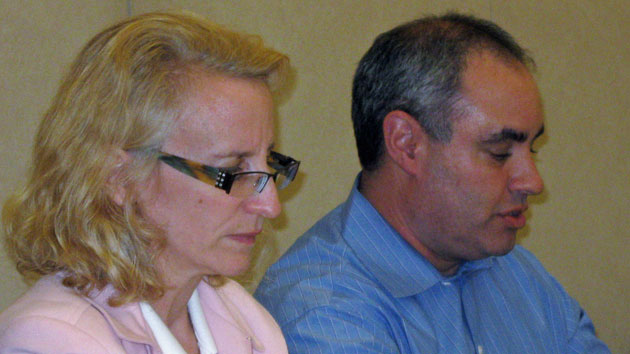 At its initial meeting, the committee received an update on the budget from the district’s CFO, Mary Brown, and its comptroller, Kathy Zalewsky.

They noted that, although the district has approved a balanced budget in its operating fund for the past 10 years, it failed to meet that budget only in the 2009 fiscal year as a result of a sudden drop in revenues during the current recession. It ended last year with a $1.5 million surplus, beating the $1.2 million that was budgeted.

The tentative budget approved by the board for the current fiscal year calls for a surplus of about $900,000 on a $104 million budget. But with student enrollment expected to climb by about 600 for the rest of the decade, without significant offsetting revenue increases, the district is facing deficits of up to $9 million by the 2015-2016 fiscal year.

The growing enrollment presents challenges in the capital budget as well, necessitating the addition of about 30 classrooms either by building a new school or by building additions to present schools that will cost an additional $25 million, plus additional amounts in the operating budget for teachers and administrators.

The committee Tuesday night discussed topics to cover at its remaining meetings, scheduled for Sept. 20, Oct. 4 and 18, and Nov. 1, 15, and 29. While the administration suggested focusing on expenditures, some committee members expressed a desire to look at revenues as well, perhaps with an eye to keeping a lid on property taxes, which amount to about  78 percent of district revenues.

The committee also asked the administration’s financial executives to provide benchmarking data that will help them compare district budget items with those of other districts in the area.