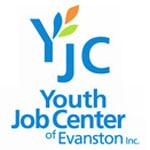 One program, from the Youth Job Center of Evanston would provide 15 "disconnected and unemployed young adults" in Evanston with a two-year career pathway plan leading to employment.

That project is expected to cost a maximum of $80,000 this year. It's an outgrowth of a pilot program started in 2012.

Joe McRae, the city's director of parks, recreation and community services, in a memo to aldermen, called results of the pilot program impressive. He said 60 percent of the participants in the pilot program obtained permanent employment.

The aldermen also approved a one-year pilot participation by the city in the Cradle to Career initiative at a cost of $50,000.

The collaboration between local public school districts and a variety of social service agencies claims as its mission seeing that all Evanston young adults are leading productive lives by the age of 23.

The initial Cradle to Career proposal ran into substantial opposition from some aldermen when it was first presented last spring, but after several modifications suggested by the mayor, it was approved without opposition Monday, although one early critic on the plan, Alderman Coleen Burrus, 9th Ward, was absent from Monday's meeting.