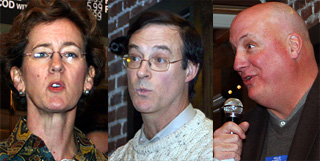 At a meeting of the Central Street Neighbors Association last week, John Zbesko suggested shifting the cost of the city’s sewer improvement project to future generations. Kevin O’Connor called for ending what he called "developer welfare." And Jane Grover said the city should look for partnerships with schools, businesses and non-profit groups to help meet its needs. 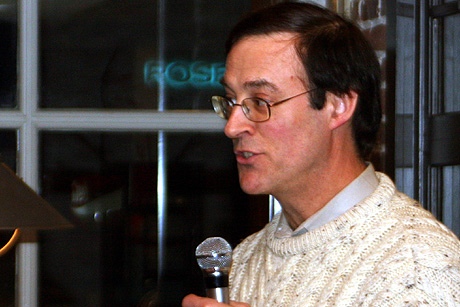 Zbesko said he’s lived at 1120 Noyes St. for over 20 years, while working as a quantitative stock analyst.

He said it should have been no surprise to city officials that after they jacked up water rates to pay for storm sewer improvements, water usage in the city declined.

That decline recently led city staff and consultants to recommend further rate increases over the next few years, followed by some declines as bonds to pay for the sewer project, which has largely eliminated basement flooding in the city during storms, are paid off.

He suggested refinancing the bonds "to better match the long life of the new sewers."

Zbesko didn’t address how he would finance what mayoral candidate and current 7th Ward alderman Elizabeth Tisdahl has estimated are $60 million to $80 million in needed repairs to the city’s water works. 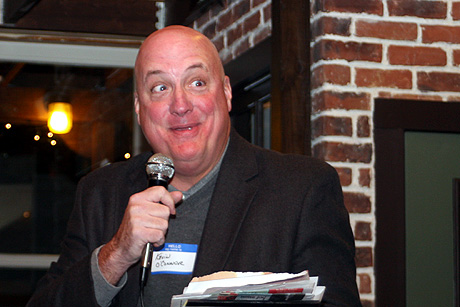 O’Connor, a salesman and property manager who lives at 1227-1/2 Isabella St., said the city has been "privatizing profit and socializing risk and loss."

He criticized City Council decisions to grant developers extensions of time to complete building projects during an economic downturn. But he failed to explain how killing off approved projects might benefit the city.

He also objected to a council decision to provide a partial rebate of anticipated increased sales tax revenue to finance the refitting of the long-shuttered Frank’s Nursery store for a planned Steve & Barry’s discount clothing store at the Dempster-Dodge shopping center.

"It’s beyond me why we’re giving money to these people when we don’t have the money ourselves," O’Connor said.

The new store plan has fallen apart in the midst of financial troubles for the Steve & Barry’s chain, and as a result, under terms of the deal with the city, the developer now will receive none of the promised benefits. 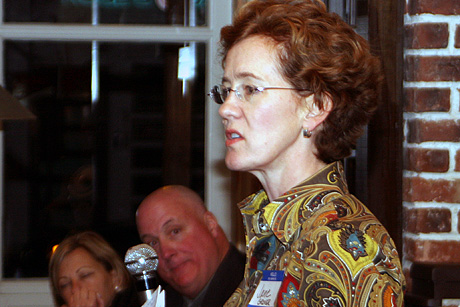 Grover, assistant director of the Leadership Evanston program at the Evanston Community Foundation, said city government needs to "look outside its own silo for ways to get things done and preserve the quality of life in Evanston."

An Evanston resident for 15 years who has a master’s degree in foreign service, Grover said, "Just as in international affairs, those of us in the municipal policy world have a large toolbox of things we can use to persuade and influence decisions — it’s not always just carrots or sticks."

She said she favored discussions with a variety of potential partners, but she offered no specifics about the goals she hoped to achieve from such talks.