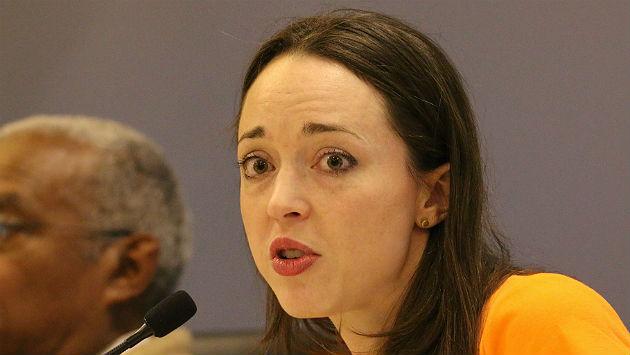 Misty Witenberg, 38, is running as a write-in candidate for Evanston City Clerk in the Feb. 23 primary.

Witenberg offered the following information on her background and what she views as the key issues in the campaign in response to an Evanston Now questionnaire.

As a journalist in print media for 10 years before moving to the web, I know that facts matter.

Ensuring City residents and decision makers have access to complete and accurate information is critical to making effective policy solutions, working together, and holding ourselves and our leaders accountable.

My last five years in public advocacy with fellow residents and City officials have also provided me with a unique access and understanding of City practices and business conducted outside of public view, and dishonesty to the public about it.

The City has an internal culture of retaliation against employees who attempt to report wrongdoing by officials and senior staff, for which the public has also paid serious cost. Systems and practices funded by the public that don’t serve its interest have no place in the dark. I’m prepared to start shining the light from day one.

We have to be able to work together in a shared understanding of policy issues so we can affect solutions that actually work for Evanston residents and businesses, and be able to address when policy misses its mark.

Shared access to information is also critical to the ability to hold leaders to account when they act in ways that undermine the public trust, and in battling misinformation.

The City is not currently meeting even the minimum requirements under those Acts. As Clerk and a FOIA and OMA Officer, I will be working with City staff and leaders, and the Attorney General where necessary, to get the City on track.

We also need more creative and inclusive approaches to informing and engaging residents, and to that end, I will be implementing regular “know your government” emails and resources to keep residents engaged and informed of election information and important issues before the City Council that may affect them.

Accessibility and streamlining of services to residents will be primary and ongoing priorities, including to make more forms and information multilingual and available online.