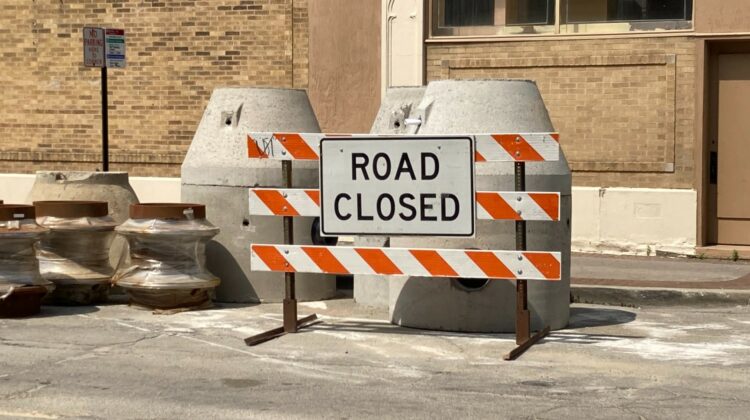 But, he says, there’s no precedent for the combined impact of the pandemic and the street repair work. “Businesses were not able to financially prepare for upcoming construction projects due to massive revenue losses” from the pandemic, Zalmezak says.

“And the construction seriously impacted the ability of consumers to drive and park, bike, or even walk to enjoy the businesses,” Zalmezak says, during the traditionally busy summer outdoor dining season.

Zalmezak says that, subject to committee approval, staff could develop a proposal for City Council consideration that would offer grants of $25,000 to $50,000 to retail or food establishments with fewer than three locations that can show a demonstrated year-over-year revenue decline for the period of the construction projects.

He says the city has a number of options for funding the grants, including sharing sales tax revenue, waiving license fees and using tax increment financing district funding for certain eligible projects.

The committee is also scheduled tonight to discuss economic development priorities for the $43 million in federal aid the city is receiving under the American Rescue Plan Act.

The meeting is scheduled for 6 p.m. in the City Council Chambers at the Civic Center.

Update 7/29/21: The committee voted to recommend City Council approval of the plan to provide up to $50,000 in assistance to businesses that have suffered losses linked to both the pandemic and the construction projects.