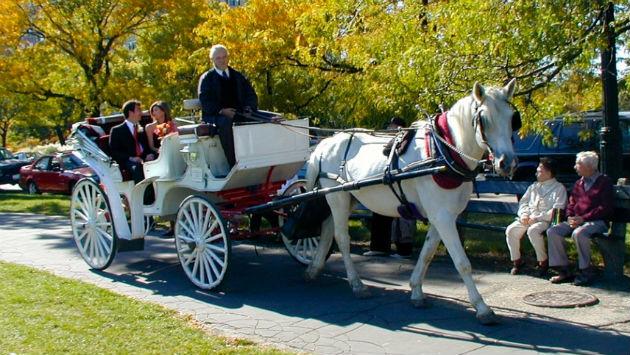 Evanston’s Human Services Committee is scheduled Monday to consider an ordinance that would ban operation of horse-drawn carriages in the city.

A city staff memo says the ordinance is intended “to address community concerns related to traffic congestion and animal welfare.”

Efforts by animal rights activists to ban horse drawn carriages in New York and Chicago have so far been unsuccessful, although Chicago adopted regulations in 2011 banning the carriages from operating when the temperature is above 90 degrees or below 15 degrees and setting a variety of other regulatory standards.

Fans of carriage rides have argued that regulatory schemes like Chicago’s can meet the horses’ needs while still offering people what’s seen as a romantic tradition.

While no carriage ride firms are believed to offer regular service in Evanston, some of the Chicago-based firms, and others located outside the city, offer custom rides for weddings and other events that could be held in Evanston.

The proposed Evanston ordinance would have limited exceptions for “parades and public celebrations,” which it does not further define, and would permit use of horse-drawn carriages in parks if a permit were obtained from the Parks Department.