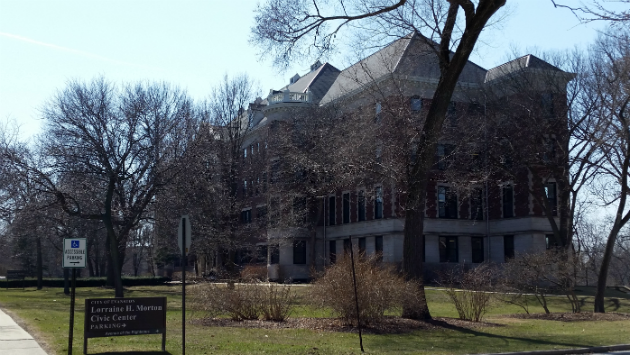 Evanston aldermen tonight are scheduled to consider a one-cent increase in the city’s gasoline tax as they look for additional ways to balance the 2018 city budget.

The gas tax hike would raise about $200,000 — and roughly offset an error discovered in the proposed budget document that overstated anticipated general fund property tax revenue.

The newly proposed revisions also increase transfers to the debt service fund by $446,379 to cover extra required debt payments not included in the initial proposed budget and offset that by catching another budget error that overstated funding required for Dutch Elm Disease inoculations by $500,000.

City staff will also propose reducing the planned amount of new general obligation bond debt to be issued by $3 million by postponing a variety of scheduled projects,

It had planned to issue $12.2 million in debt for other projects for streets, parks and other facilities. Those projects will take the $3 million hit.

Among the projects affected — engineering work for Main and Howard street projects would be postponed, street patching and traffic calming projects would be scaled back and expansion of Beck Park and new field lighitng for James Park would be delayed.

Update 11/19/17: Consideration of these revisions was postponed at the Nov. 13 Council meeting because of a packed agenda of other items.

They’re now scheduled to be discussed at the City Council meeting on Monday, Nov. 20, along with a proposal to move a youth advocate position from the Police Department to the Parks, Recreation and Community Services Department. That position had originally been scheduled to be eliminated under the city manager’s budget proposal.