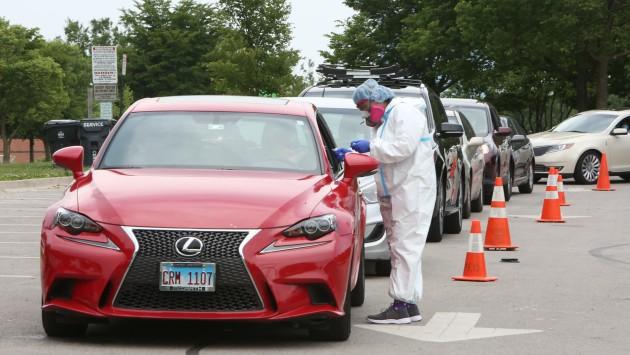 Evanston Health Director Ike Ogbo says a well-staffed contact tracing program has been a key factor in reducing the spread of the COVID-19 virus in the city.

And during a Zoom video conference with Mayor Steve Hagerty this afternoon, the mayor said he agreed that contact tracing has helped keep the per capita COVID-19 infection rate here much lower than the rate in Chicago.

With its own health department, Evanston has been more fully staff with workers to do contact tracing than most other communities.

Ogbo also pointed to free testing programs launched by the city in cooperation with local hospitals, including one conducted Monday at James Park, although he apologized that the supply of test kits ran out at that session and some people had to be turned away.

He said that the city hopes to schedule more free testing sessions next month, including one in the 5th Ward, which one caller noted has not so far had a free testing event.

Also during the session Tim Longo, access services manager for the Evanston Public Library said the main library downtown is expected to open for limited access to computers on July 13, although the branch libraries will continue to remain closed.

The tables have been returned to Fountain Square for casual dining, Zalmezak said, although the fountain will remain off — in part because under state regulations its considered a swimming pool and in part because keeping it off makes it possible for more people to use the square for dining while still maintaining social distance.

Here’s the video from the noontime session.