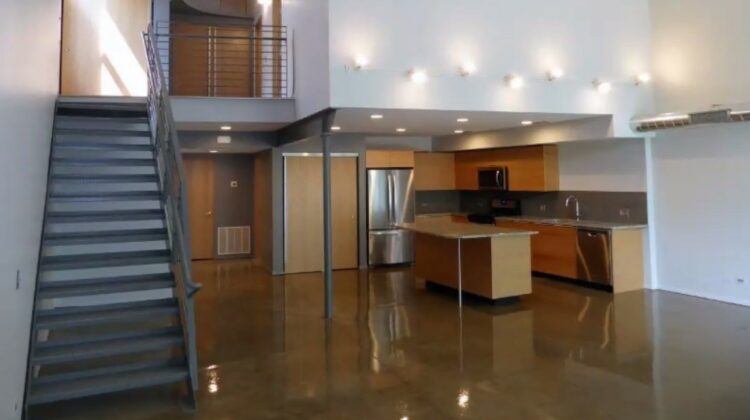 The interior of a live-work unit from Evanston developer Andy Spatz.

Evanston’s City Council will soon review a proposal to update the city’s zoning rules for approval of live-work dwelling units.

The proposal approved by the Plan Commission last week would make the units a permitted use in most non-residential zoning districts — including business, commercial, and transitional manufacturing districts.

They would be allowed as special uses in the I1 and I2 industrial districts.

During Plan Commission discussion the panel decided to drop a staff proposed provision that could have required many live-work units to have two bathrooms — one for residents, the other for customers of the business.

Commissioner George Halik said bathrooms are “very expensive to put in” and requiring two would reduce the affordability of the projects.

Under the proposal as approved by the commission, the number of baths required would be determined by existing provisions of the city’s building code.

The commissioners also opted to remove a staff-proposed provision that would have required live-work units to face the street.

Having that restriction would make many existing live work designs non-conforming — and would also block a development currently proposed by local developer Andy Spatz for a narrow lot at 1310 Hartrey Ave., where the planned entrances face the side yard.

Currently the city treats the “live” portion of a live work unit as an accessory use to the “work” portion and only permits them where the commercial use is permitted.

The new rules would require that the portion of the unit defined as the residential space, not counting the bathroom, be no more than 49% of the total area of the unit.

They would also require that either an owner of the property or of the business leasing the space occupy the property and, if it is leased, would make the property subject to the city’s landlord tenant and rental registration rules.