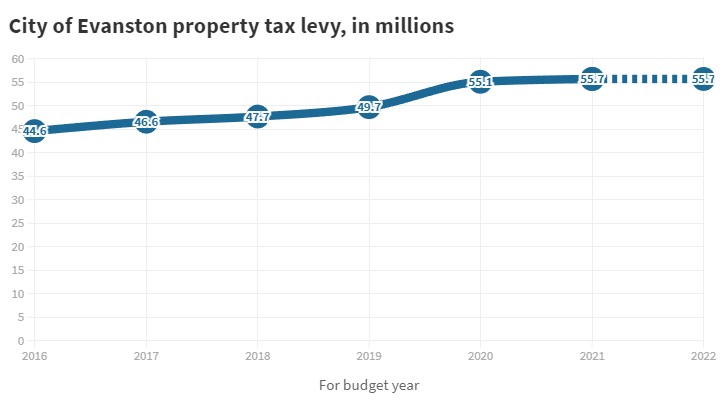 Evanston’s City Council is scheduled to hold a truth in taxation hearing and vote on introduction of property tax levies to fund next year’s budget Monday night.

Although the city budget calls for increasing total spending by nearly $60 million, city staff is proposing no increase in the total property tax levy from this year.

Much of the additional spending next year is proposed to come from the city’s $43 million allocation of grant funds from the federal American Rescue Plan Act. Other large amounts will come from bonds used to fund water utility and other capital improvement projects.

The Council typically gives final approval to the city budget and the tax levies at its meeting just before Thanksgiving, which this year would be on Monday, Nov. 22.

Monday’s meeting is scheduled to start at 5:30 p.m.