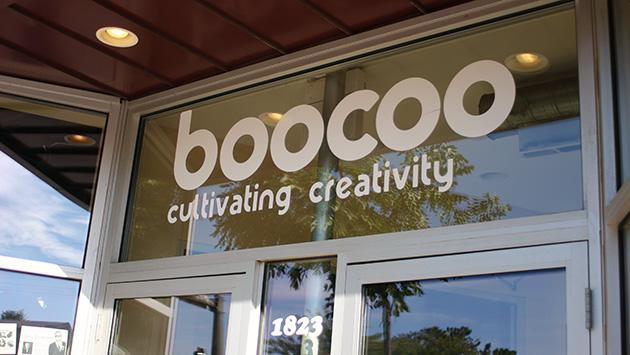 Holmes, whose 5th Ward includes the building, says she expects that the city's Parks, Recreation and Community Services Director Joe McRae will organize programs similar to the music and cultural programs that had operated from Boocoo until it closed early this year.

One resident, Carlis Sutton, urged aldermen during public comment at Monday's City Council meeting to not encourage commercial development of the building — as has been done with several city-acquired properties on Howard Street — but instead use it for what he called community purposes.

The future use of the building was left unspecified in the city staff proposal to acquire the building from the bank that had foreclosed on it.

In a memo to aldermen, City Manager Wally Bobkiewicz said the city purchase "would, in the short term, serve to stabilize the property."

But Bobkiewicz suggestd that, "In the longer term, as the intersection revitalizes, the City could consider private market disposition options."

In the vote to acquire the building aldermen didn't specify a planned use for it.

Holmes said she met several times in recent months with representatives of five different groups that had hopes of taking over the Boocoo space, but that the groups failed to agree on a way to combine their efforts and lacked the funds to acquire the property.