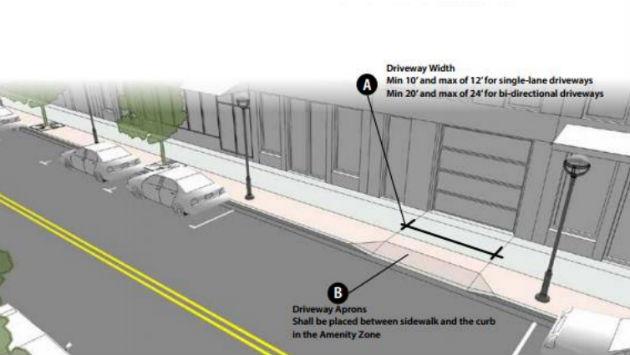 Evanston’s Transportation and Parking Committee tonight will review a staff recommendation that the city develop new limits on curb cuts downtown in an effort to make the area safer for bicyclists and pedestrians.

A staff memo prepared for the meeting suggests that similar regulations have been adopted in a number of other cities that are trying to encourage lifestyles that are less dependent on cars.

For example, Ann Arbor Michigan’s Street Design Manual limits driveway widths and requires that driveways be flush with the level of the sidewalk. 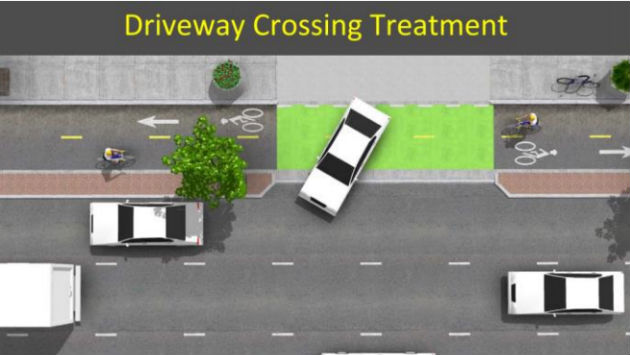 An illustration from the NACTO guide.

And the National Association of City Transportation Officials Urban Bikeway Design Guide says bike route crossings should be raised at driveways, so the sidewalk and bike lane maintain their elevation through the crossing. It calls for sharp inclines on the road up to the sidewalk level to serve as a speed hump for motor vehicles. 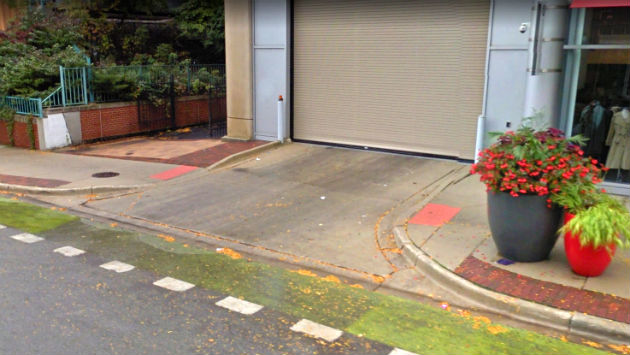 A driveway at the 909 Davis building in Evanston that likely wouldn’t meet Ann Arbor or NACTO rules (Google Maps image).

The city staff memo also suggests that the city should: