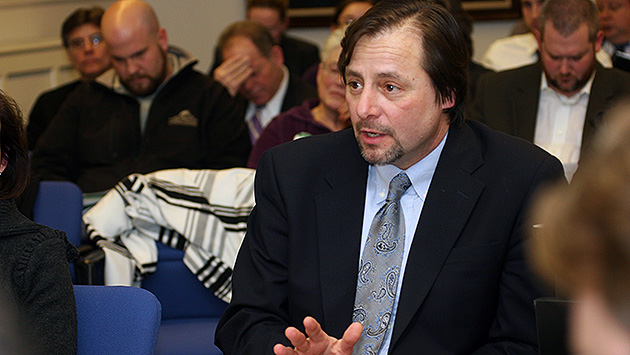 The Music Institute of Chicago may get some financial help from the City of Evanston — but it may come at the price of making non-profits subject to the city's amusement tax.

The Economic Development Committee held a preliminary discussion Wednesday night of a possible city contribution to the institute's plan to convert the basement of the former Marshall Field's building downtown into its new headquarters.

Renovations to the space at Sherman Avenue and Church Street are estimated to cost about $800,000 and the institute's president and CEO, Mark George, said MIC hopes to get as much as $165,000 toward the project cost in the form of a grant from the city.

The institute has a 10-year lease on the space and plans to move 19 employees from its current headquarters building in Wilmette and 15 from quarters it now rents on Dempster Street in Evanston to the new downtown location.

Plans for the space include creating a 150-seat black-box theater, which George said would frequently be available for rental by other performing arts groups.

The city has been looking for ways to stimulate performing arts activities across the city as a potenital economic development vehicle conducting a number of studies of the issue, including one recently that recommended developing three major performing arts venus downtown — but didn't identify funding sources to make the projects feasible.

The city now collects a 4 percent tax on admissionss to amusement events, but the tax exempts non-profits, government agencies and religious groups.

The city now collects about $300,000 a year from the tax, most of it generated from movie theater tickets.

Randy Usen, of First Bank & Trust, said the bank has been a partner with the music institute for over 10 years, and noted the major work MIC did to take over the former First Church of Christ Scientist building at Chicago Avenue and Grove Street and converted it to its Nichols Concert Hall and teaching facility.

Usen said the lower level of the old Marshall Field's building is "a very difficult space" that's been vacant for several years and the institute will be "turning it into a kind of hidden gem."

Alderman Jane Grover, 7th Ward, said she would look more favorably on the grant request if it came with the addition of the amusement tax.

Other committee members appeared to share that view and they directed the staff to develop a specific proposal along those lines.