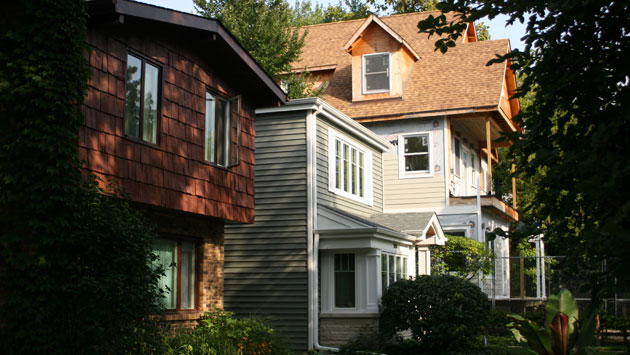 The Plan Commission Wednesday night approved new limits on the height of houses, designed to respond to complaints from some northwest Evanston residents who don't like the big homes their neighbors are building.

The new rules would change the way the city measures building height — setting an upper limit of 35 feet to the peak of the roof.

The limit now is also 35 feet — but measured as the average height of the roof. That, in the case of a gable roof, could lead to a peak height of as much as 44 feet, according to estimates from city staff.

Here's one way to look at the proposed new rule.

Imagine a house, like the one in the drawing,  that was 25 feet wide, built on grade and had a floor-to-floor height of 10 feet for each of its first two stories.

It could then have a half-story above that, like the one shown in the drawing, with three foot knee walls and, with a 45 degree pitch to its gable roof, would reach the maximum height allowed under the proposed ordinance, 35 feet, at the roof peak.

If the house had a partially exposed basement, the roof slope would have to be reduced, which in turn would reduce the amount of livable area on the third floor, unless the owners wanted to reduce the ceiling height on the first and second floors.

But Commission Chair Scott Peters said that concern needed to be balanced with preserving the option for people who now live in small houses to expand their homes to gain more living space.

"In parts of Evanston many existing buildings exceed the 35-foot limit," Peters added.

The proposed ordinance attempts to deal with that by letting existing homes that are more than 50 years old or are located in historic districts be rebuilt to their original height if they were damaged by a fire or similar calamity. 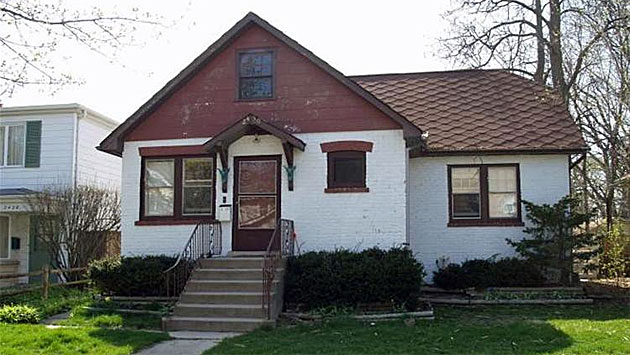 Alderman Mark Tendam, 6th Ward, told the Plan Commission that he's one of the people pushing for the changes.

"There's been a little mini-boom of new construction, and that's great," Tendam said, "but it comes at the expense of existing neighborhoods."

He said the new buildings "are massive structures, without much character, that have been designed to gain as much vertical space as they possibly can."

"They impose themselves on the adjoining properties," Tendam added. 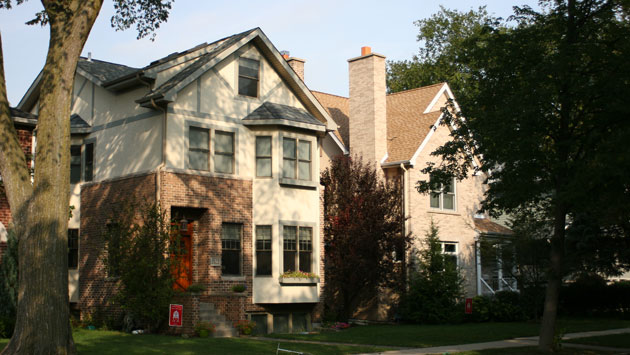 Three-block long Hastings Avenue in northwest Evanston — where some large new homes (above) are just doors away from some much smaller homes (below) seems to be an epicenter for concerns about the height issue. 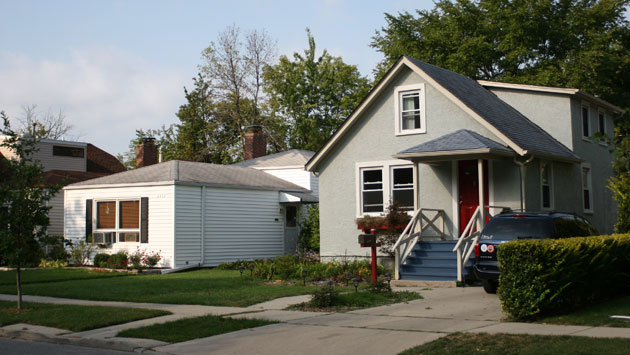 Plan Commissioners seemed to be confident that the new rules offered reasonably consistent treatment for buildings with many different roof styles — including gable, hip, gambrel and mansard.

But they left flat-roofed contemporary-style homes somewhat adrift — requiring a variance process to deal with height limit issues for those.

Final action on the proposed ordinance changes will be up to the City Council.