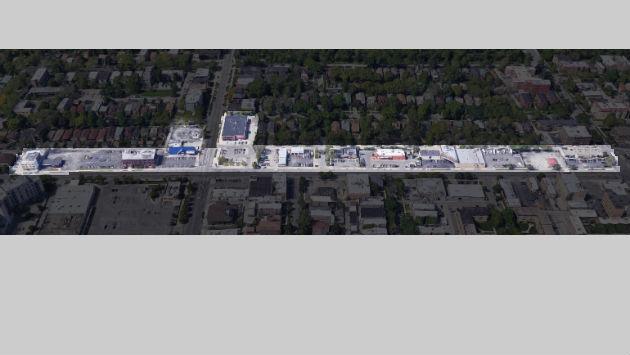 Evanston aldermen Monday are scheduled to vote on a contract with a consultant to research extending the Howard Ridge Tax Increment Financing District westward almost to Ashland Avenue.

The proposed expansion is seen as a way to provide city financial support for a plan by Evergreen Real Estate Group and CJE Senior Life to redevelop the vacant Dairy Queen site at 999 Howard St. with 60 units of affordable housing for seniors.

The City Council in February committed to find up to $2 million in city funds toward development of the project.

The developers are also seeking $14.4 million in low income housing tax credit equity, $450,000 in donation tax credits and $2 million of soft funds from the Illinois Housing Development Authority. The total project cost is estimated at $23.4 million.

The resolution up for approval Monday would authorize the city to spend up to $30,500 for Kane McKenna and Associates, Inc. to study the legal appropriateness of the expansion of the TIF district, which now extends along Howard from the CTA tracks west to Ridge Avenue, generally including only the properties fronting Howard Street.

The plan does not include consideration of expanding the 23-year life of the TIF district, which was created in 2004.