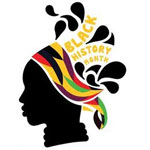 Observances of Black History month get off to an early start Sunday with an opening reception for a new art exhibit at the Noyes Cultural Arts Center.

The exhibit, Renaissance Reloaded: Art in Black Chicago, Then and Now, features works of 42 African-American artists.

The opening reception runs from 3 to 5 p.m. Sunday. The exhibit will be on display from Saturday through March 21.

More information about the exhibit is available online.

In addition, a range of Black History Month events are being held on the Northwestern University campus: