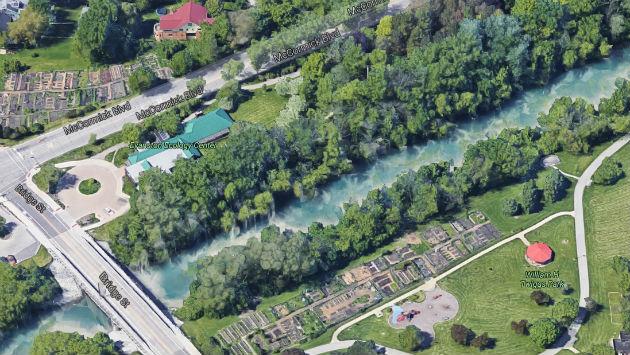 The City of Evanston today announced it has been awarded a $100,000 grant by the Chi-Cal Rivers Fund to create and enhance migratory bird habitat along the North Shore Channel in the Ladd Arboretum and four nearby Evanston parks.

The arboretum and the surrounding parkland are said to provide critical support for tens of thousands of birds that pass through the region annually.

The grant, administered by the National Fish and Wildlife Foundation, will fund improvements to 3.75 acres of bird habitat along an 1,100-foot section of the North Shore Channel in the Ladd Arboretum, as well as add bird-friendly plantings of native shrubs and understory trees in Twiggs Park, Harbert Park, Ingraham Park and a fourth park to be determined. The project will run from January 2017 through December 2018, and will be matched by $104,516 in City contributions and private funding.

Project areas will not only be enhanced to support migratory birds, but also to increase the accessibility of the public spaces to the surrounding community. Enhancements will focus on improvement and rehabilitation of physical amenities along the channel, including:

The Chi-Cal Rivers Fund is a public-private partnership working to restore the health, vitality and accessibility of the waterways in the Chicago and Calumet region by supporting green stormwater infrastructure, habitat enhancement, and public-use improvements.

Administered by the NFWF, the Fund is supported in 2016 with contributions from ArcelorMittal, Searle Funds at The Chicago Community Trust, The Crown Family, the Gaylord and Dorothy Donnelley Foundation, The Joyce Foundation, the U.S. Environmental Protection Agency, the U.S. Fish and Wildlife Service and the U.S. Forest Service.