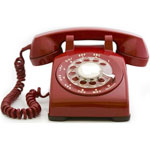 It's a little easier now to reach top officials at Evanston's Civic Center.

In response to a request months ago from Evanston Now, City Manager Wally Bobkiewicz agreed to add more names and phone numbers for city officials who frequently interact with the public to the city's website.

And the new list of 55 people is now online.

At the time of the request, the city's 311 operators were refusing to give out work phone numbers for city employees. That too has changed.

The city has a complete web-based online phone directory for its nearly 800 employees, but it's only available to city workers.

Evanston Now obtained a print out of the full directory by making a Freedom of Information Act request.

Bobkiewicz has resisted making the full directory generally available, saying he feared that it might lead to instances of harassment of city workers by estranged former partners, a problem he said once occured in a community in California where he previously worked.