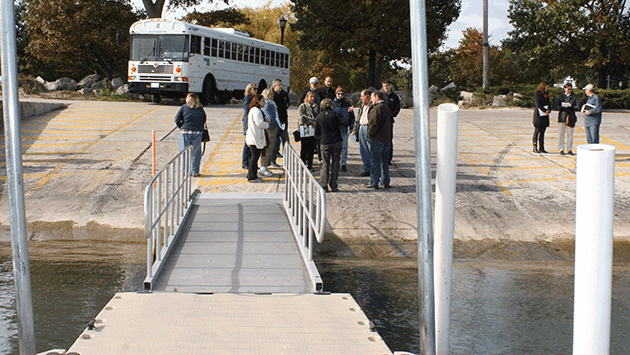 Evanston has been awarded a $200,000 state grant for a project to upgrade the Church Street boat ramp.

The funds come from the Illinois Department of Natural Resources, which awarded a total of $715,000 in grants to six communities for projects to improve recreational access to waterways. Evanston was the only community in the Chicago metro area to snag a grant.

The state agency says it received requests for more than $1.2 million in funding for the program, which had a budget cap of $725,000. Funds for the program are generated from watercraft license fees collected by the IDNR.

During a capital improvement program bus tour lasts fall, city officials said the boat ramp needs $530,000 in improvements including a concrete extension to the ramp and repairs to two piers so severely deteriorated that they've become hazardous.

They said the ramp sees more than 942 watercraft launches each summer season.

The city has allocated $350,000 toward the boat ramp project in its 2014 capital improvement program budget.