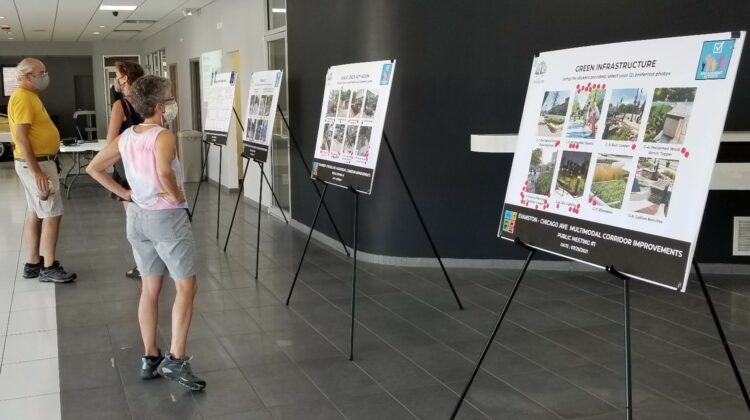 The City of Evanston held an open house this afternoon and evening for residents to offer suggestions for improving the Chicago Avenue corridor from Howard to Davis streets.

Residents were asked to consider images of various options for new streetscape treatments, ranging from bike lanes to tree grates, and place red stickers on the photos they liked best.

Senior Project Manager Sat Nagar said about 30 people had stopped by 5 p.m., one hour into the three-hour session. 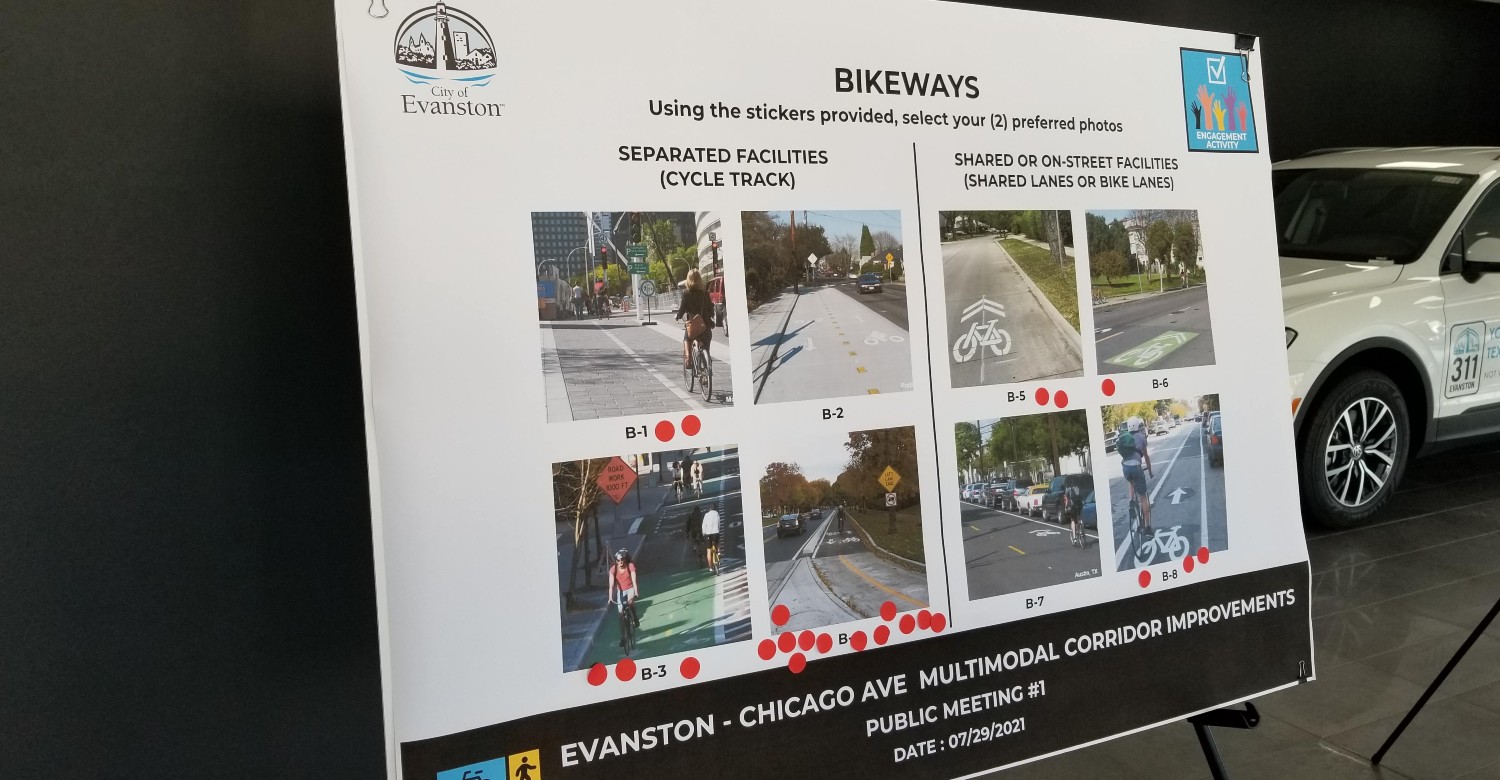 The clusters of stickers showed some clear favorites — like protected cycle track versus bike lanes designated with pavement markings.

The event was held at the City Volkswagen showroom at 1034 Chicago Ave.

Chicago Avenue runs parallel to the CTA and Metra tracks and the study is expected to focus on areas near transit stations. Large sections of the street have relatively narrow traffic lanes with parking on both sides and limited sidewalk space, creating constraints on potential improvements.

The corridor is undergoing a phase one engineering study being conducted A. Epstein & Sons International of Chicago under a $467,000 contract with the city. 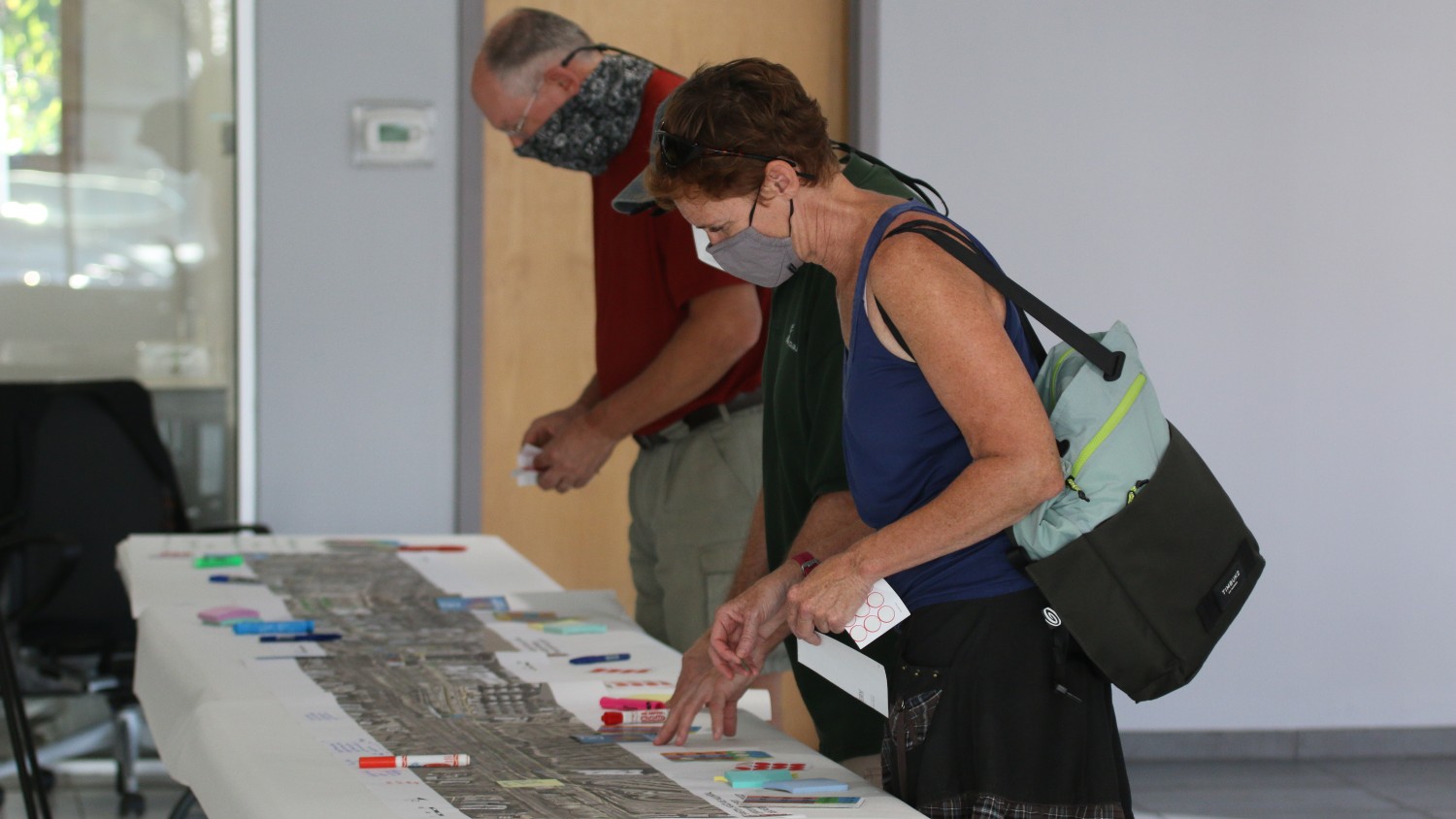 The phase one study is expected to be completed by next summer and city officials say they believe that with the study they stand a good chance of qualifying for several federal grant programs to implement portions of the improvements.